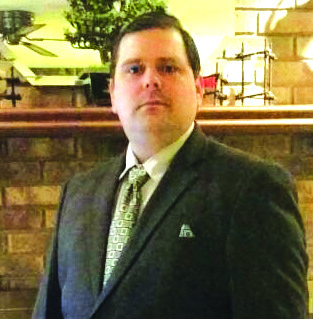 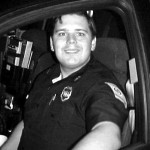 According to the press release, McDuffie will release information regarding “possible O.C.G.A. violations committed by Sheriff Richard Roundtree of the Richmond County Sheriff’s Office.”

The press release was not more specific on the allegations and Sheriff Roundtree had no immediate reaction since nothing specific had been alleged.

The press conference is scheduled for 2:30 p.m. Saturday in Evans, the press release said.

McDuffie was fired by Sheriff Roundtree a few years ago after allegations of using excessive force on a juvenile.

In a column in last week’s edition of The Jail Report, McDuffie spelled out some of his plans for the sheriff’s office. We are reprinting the column below.

Below, details will be given on the changes that will be made to the RCSO under our command, how they will be implemented and how it will positively effect both the community and the staff of the RCSO. Further details can be obtained by reviewing the website www.McDuffieforSheriff.org. (47)

We will be creating new divisions/units within the RCSO such as, Family Violence Units, Juvenile Task Units, a Corruption Unit, a Citizen’s Oversight Committee and a Community Against Violence program. We will also be re-vamping the Special Operations, Road Patrol, Training and Administration Divisions. These changes will be made under the current operating budget by funds coming available due to the merging and the dissolving of some current positions that become vacated by departing staff. (75)

The Family Violence Units, Juvenile Task Force Units and Community Against Violence program will be staffed with current personnel. Further details on these units and program as well as other changes can be viewed by visiting the website listed above. (40)

The Corruption Unit will be comprised of 4 to 5 investigators. Some of this staff will be brought in from outside the current RCSO staff. When conducting specialized investigations, it is best to have a fresh set of eyes and those that have no personal ties to the community so to ensure that the unit does not become biased. Investigations by this unit will be carried out without any political influences whatsoever. Funds will be available to create this unit due to the merging/dissolving positions upon re-structuring. (86)

A Citizen’s Oversight Committee will be created and its board members picked publicly by way of a lottery. The committee will consist of 15 to 20 members and they will be required to attend some training involving basic police operations and administrative functions. This will provide them with the knowledge that will enable them in making informed recommendations. (55)

We will also be re-structuring Special Operations, Road Patrol, Training and the Administration Divisions. Some of Special Operations will be structured into a 4-shift operational method so to increase productivity and communications. This will allow Special Operations to stay on point with its designed purpose. Our administration will be expanding the Training Division which will involve soliciting outside assistance from various industries that will allow the RCSO to build a top-notch training facility.

The Administrative Division will be re-structured and it will be involving the merging and dissolving of positions as mentioned above. These positions are logistic in nature and will not decrease the number of staff in Field Operations. Road Patrol will also be re-structured as well so to become more effective, however, those plans are constantly changing due to the current exodus of personnel. (135)