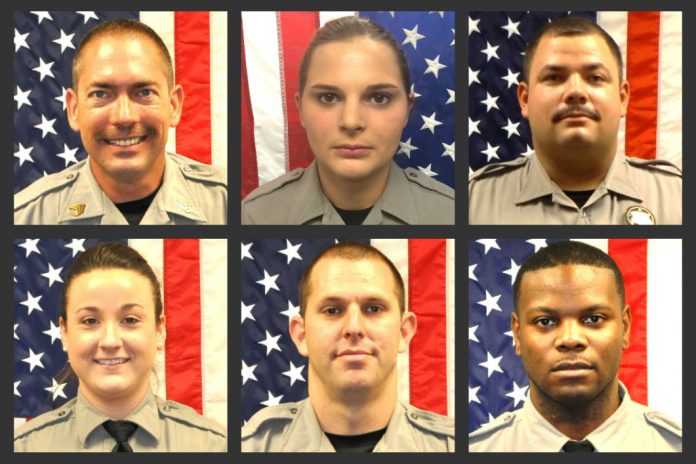 Six Aiken County officers who evacuated residents of a burning assisted-living facility in August will be presented the Medal of Valor from the S.C. Sheriff’s Association on Thursday.

A seventh officer with the S.C. Highway Patrol will also be honored for helping in the evacuation.

The award is intended to “bring special recognition to those sheriff’s deputies who have displayed tremendous bravery or courage at some point in the previous calendar year,” a press release says.

On Aug. 17, 2017, a structure fire broke out at the Senior Village Assisted Living Facility in Warrenville. Before firefighters were able to arrive, the seven officers “immediately and without hesitation” entered the building and began evacuating residents. On the second floor, officers encountered heavy smoke and three of the officers found an apartment engulfed with fire.

“They entered the apartment without regard to their own safety,” Sheriff Michael Hunt said in an award nomination letter. “They were able to locate and rescued an elderly male whom sustained severe burns to his legs and feet.”