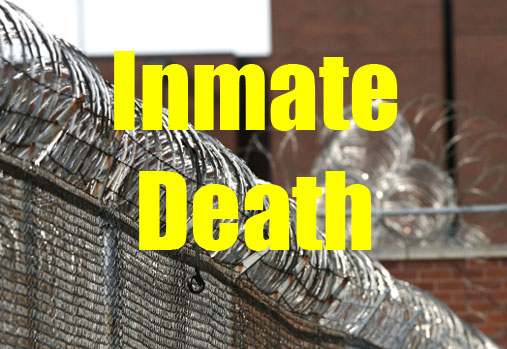 SLED has been called in to investigate a death at the Aiken County Jail.

Deputies found inmate Derek Simpkins unresponsive in his cell about 11:35 a.m. Friday when meals were being served, the sheriff’s office said Friday afternoon in a press release.

” EMS was notified while deputies and onsite medical staff performed life saving measures until EMS arrived,” sheriff’s Capt. Eric Abdullah said in a press release. “EMS pronounced the inmate as deceased.  It was reported that the inmate did have a history of medical issues.”

As part of procedure, the State Law Enforcement Division was called in to conduct an investigation in the death of the 31-year-old man, in addition to the coroner’s office.

BACKGROUND: Simpkins spent much of his adult life at the detention center. He may be familiar to readers of The Jail Report, who saw him in our publication almost monthly for his repeated run-ins with law enforcement for trespassing or stealing. The Graniteville man was often was sentenced to spend 30 days in jail or pay a fine.

Unable to pay the fines, Simpkins frequently spent weeks serving those sentences inside the jail, where his medical issues were known.

On Friday, Simpkins was pronounced dead after jailers found him unresponsive inside his cell.  An autopsy is scheduled for Saturday in Newberry to determine the cause of death.

SLED is also investigating another incident at the jail. As The Jail Report first reported Thursday, a criminal investigation is underway into a recent incident at the jail that led to the firing of a sheriff’s deputy working in the jail, according to Capt. Nick Gallam, head of the Aiken County Detention Center.

No details were released on the alleged incident except that it was reported a couple weeks ago and SLED is examining whether a criminal act occurred by the officer.