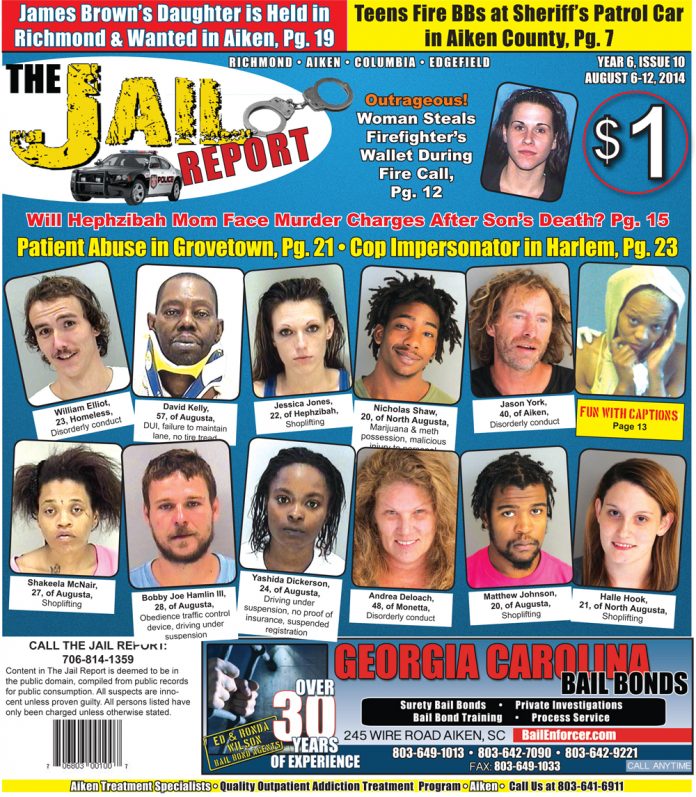 Headlines inside this week’s Jail Report (on store shelves from Aug. 6-12):

* Lessons from Stephen A. Smith’s Stupid Comments on Abuse Victims

* Roundtree Q&A: Why Do Some Stores Refuse Alcohol Sales on Sunday?

* 911 Calls: Augusta Caller Claims Blood is Running Into Home from Nearby Violence

* In Trenton, Children Removed from Home After Reported Beating

* In Grovetown, Health Professional Abuses Patient & Steals from Her

* In His Defense: Cop Impersonator Goes on TV to Defend Road Rage

ALSO IN THIS WEEK’S PAPER:

* Match the Convict to the Crime

* Quote of the Week