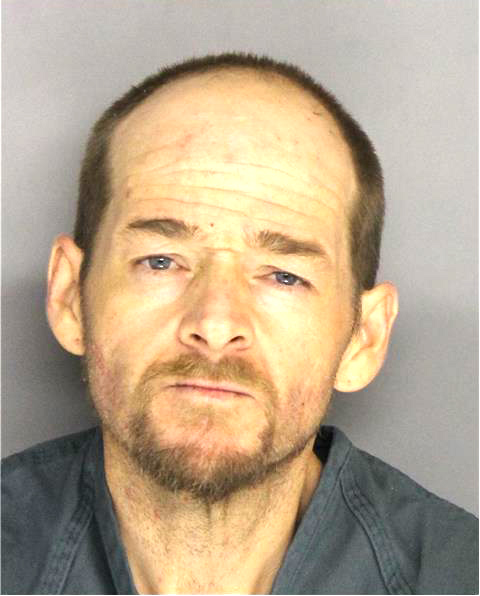 Aiken County authorities have made an arrest in the May 28th death of an elderly Wagener man who was found dead days after he was killed.

Christopher Wayne Trueblood, 42, of Gaston, was charged late Tuesday with murder and grand larceny in connection with the death of 76-year-old Kenneth Goodwin and the theft of his vehicle, authorities say. A motive was not immediately discussed, but the suspect has pending charges in Lexington County for distribution of meth. 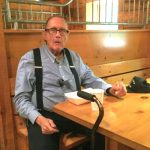 Goodwin (pictured) was found dead May 28 under a tarp in the yard of his home on South Main Street, authorities said. Lifelong friend Wesley Wooten found him under the tarp between his shed and his home.

Goodwin’s house appeared to have been burglarized and several items removed from his home. The victim died from trauma inflicted to his head and body.

“It appears that he died several days prior to the discovery of his body at his residence,” the coroner said.

A friend told local reporters that she believed the victim was targeted because he was known to carry money in his wallet. He was a Navy veteran.

In their news story, WRDW-TV noted that Goodwin was a registered sex offender. He has a 1995 conviction for commit or attempt a lewd act on a child.

A family friend says he lived alone but had some family in Wagener and in Kentucky.

The suspect lives nearby in neighboring Lexington County on Irvin Jumper Street in Gaston, according to records. 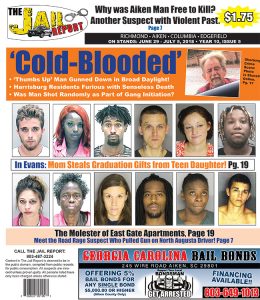