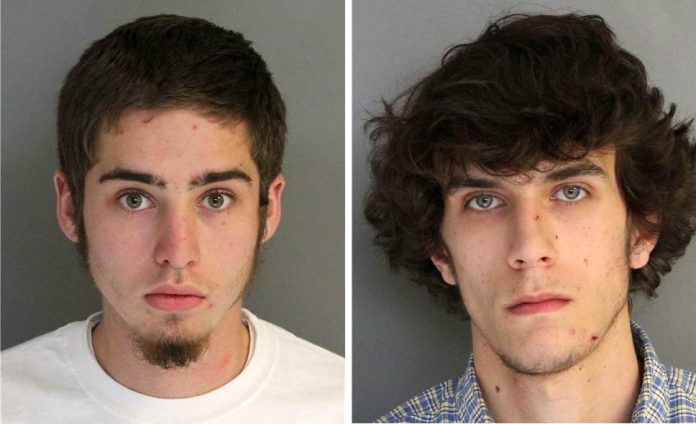 A student at South Aiken High School and  recent graduate were arrested Tuesday for photographing a student with special needs using a bathroom and posting it online, according to authorities.

The incident occurred in December. Assistant Principal Martha Messick alerted a school police officer about an online photo of the 16-year-old victim in a school bathroom with his pants down while standing up using the bathroom. The victim is one of South Aiken’s special kids and that is how he uses the bathroom, according to an Aiken public safety report.

At the time, the assistant principal told the school officer that the photo was posed on Alec Forrester’s online account and had already received 28 likes on an account with 655 followers.

An investigation revealed that Austin Thames took the picture with Snapchat and sent it to Forrester. With Snapchat, his picture disappeared, but when Forrester first received the picture, he “screen saved” it and put it in his picture file so all his followers could see it.

The victim’s guardian was told what happened and she initially just wanted to meet with the suspects and their families. At the meeting, she explained the victim’s life story and said she wanted the teens to do some community service with the handicapped. When things didn’t work out, the guardian contacted authorities and asked to pursue charges.