Steroids Suspect Names Cops Who Used! Polygraph is Next 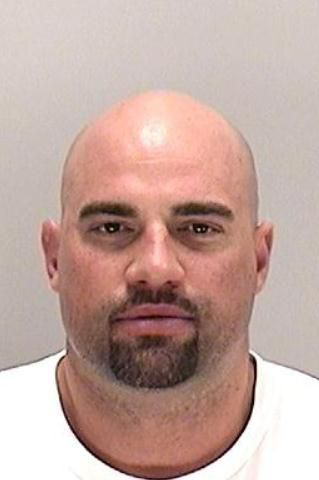 Steroids suspect Brandon Paquette has handed over a list of Richmond County deputies he claims have used steroids, and the sheriff’s office is preparing to give him a lie detector test, authorities said.

Investigators re-interviewed Paquette before a bond hearing Friday and he ” implicated multiple members of the Richmond County Sheriff’s Office, past and present, in the use of illegal steroids that dated back to 2004,” sheriff’s Sgt. Michael Shane McDaniel Sr. said in a press release.

In an effort to corroborate and validate Paquette’s statement, investigators have asked the GBI to aid in administering a polygraph examination.

“The use of polygraphs in cases where little corroborating evidence exists is commonplace.  The Georgia Bureau of Investigation was asked to assist as an outside, independent agency, and arrangements are being made to have the test administered,” Sgt. McDaniel said. “At the conclusion of the exam and based on its findings, the Richmond County Sheriff’s Office will then decide in which direction to proceed.”

Sgt. McDaniel emphasized that Paquette’s claims are “unsubstantiated accusations of misconduct” against present and past deputies, and he is the only person making the claims. “Until evidence is revealed to substantiate said claims, we will not subject any deputy to undue scrutiny,” Sgt. McDaneil said.

Richmond County executed a search warrant Wednesday and stopped Brandon Paquette at his home on Pennsylvania Avenue. They found a significant number of vials of steroids in the suspect’s Ford pick-up truck and at his home.

In addition, he was found with a handgun and bolt-action rifle while in possession of the illegal substances, the warrant says.