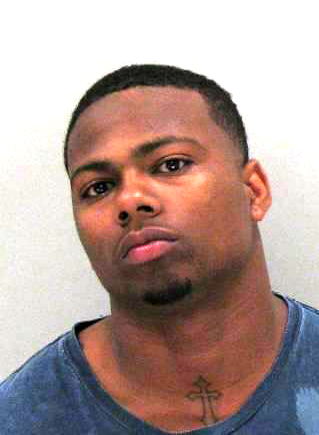 The man accused of shooting a student in the head Monday  inside a Paine College classroom building has been arrested.

Xavier Cooper, 20, was charged late Monday with aggravated assault, possession of a weapon during the commission of a crime and weapons in school buildings. He is accused of shooting 21-year-old JaJuan Baker, a student from Wilmington, N.C.

Authorities say the shooting followed an argument between the suspect and victim. A report says Deputy Bradley Eagler rushed to the Paine College at 1 p.m. Monday after reports of shots being fired at Haygood-Holsey Hall, a classroom and office building. The deputy found the victim bleeding from the head on the third floor.

Baker was unable to give any information because of his injury, but witnesses said a man named “Zay” fired a shot at the victim and struck him in the left side of his head above his ear, according to the sheriff’s report.

The victim was rushed to GRU Hospital, and officials say he was in critical condition with life-threatening wounds.

Meanwhile, Paine College says it will host a media briefing regarding the shooting at 10 a.m. Tuesday. In addition, the College will host a Prayer Vigil at 12 noon Tuesday in the Gilbert-Lambuth Memorial Chapel.  Another media briefing will take place in the afternoon at 4 pm in the HEAL Complex.