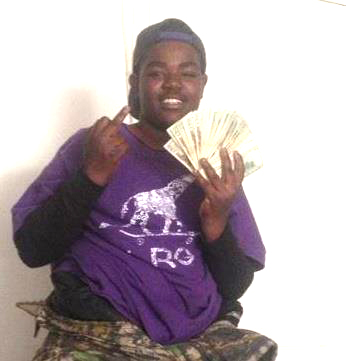 For more crime news in the area, pick up this week’s copy of The Jail Report. Cover image: http://thejailreport.com/wp-content/uploads/2010/07/Cover-Image-647.jpg)

Mormant, 17, is accused of killing 54-year-old Leonel Vasquez-Calvo by “stomping on his face with his foot multiple times,” the murder warrant says. The coroner identified the victim Wednesday morning, saying Calvo was a homeless man living in the Augusta area. He is originally from Costa Rica and has no family anywhere around.

The victim suffered “blunt force trauma to the head and neck and later succumbed to his injuries,” the arrest warrant says.

The arrest warrant reveals details the sheriff’s office had not given in an official press release. The sheriff’s office has also declined to talk about any motive that Mormant might have given for killing the victim, leaving the public to guess at the underlying causes of deadly violence in Augusta.

But sources tell us that Mormant inserted himself into a disagreement between the victim and another man after midnight on Tuesday. Calvo was reportedly drunk and was tapping the car of a woman he liked in the River Glen apartments. A man told Calvo to stop and the homeless man tried to swing on the guy, but the guy swung back and knocked Calvo to the ground. The man then walked away, leaving Calvo on the ground. But the man then heard a noise and turned to see Mormant stomping the victim, according to sources.

The woman Calvo was trying to hook up with was arrested herself for obstructing the homicide investigation. Sharon Denise Pinkney, 40 of 201 East Telfair St., was charged Tuesday with misdemeanor obstruction.

This week’s slaying occurred at River Glen Apartments, the location of multiple murders over the years, including at least three in 2012.

Mormant is pictured here in a 2013 image from one of his two Facebook pages. Both pages include images of him making the obscene gesture. On one page from 2011, he calls himself “KoolKidd” and “a Street N***a.”

As The Jail Report first reported, he has only been 17 since January 5th and had already been to jail earlier this month on a felony charge of possessing a pistol by someone under 18, marijuana possession and giving false information to police. He bonded out on those charges and was awaiting trial. He now sits under no bond in the Richmond County Jail.