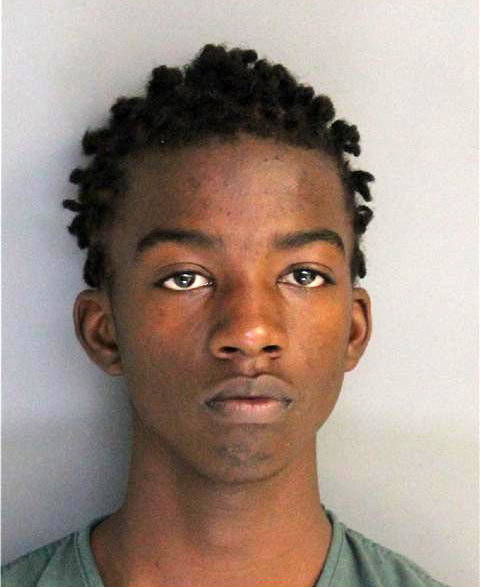 Two teens have been linked to a residential burglary on Whitemarsh Drive in Aiken, authorities said.

The victim told police that she returned home Tuesday and discovered that the back door had been shattered and the home burglarized. With the assistance of area residents, public safety investigators identified 17-year-old Jamal Richardson of Aiken (pictured) and a 16-year-old juvenile to the burglary.

Richardson was caught in Aiken Estates neighborhood around 10:30 Friday morning. Public Safety Officers located the second suspect in a nearby apartment complex shortly afterwards. Richardson is charged with second-degree burglary and grand larceny and is being held at the Aiken County Detention Center.  The juvenile is also charged with the same crimes and is being held at the South Carolina Department of Juvenile Justice in Columbia, SC.

“The arrest of Richardson and the juvenile would not have been possible without the assistance and the cooperation of the victim’s neighbors and the alertness of area residents,” said Lt. Jake Mahoney, Aiken Department of Public Safety Spokesperson.  “Residents are urged to contact authorities if they observe suspicious activity in their neighborhoods.”