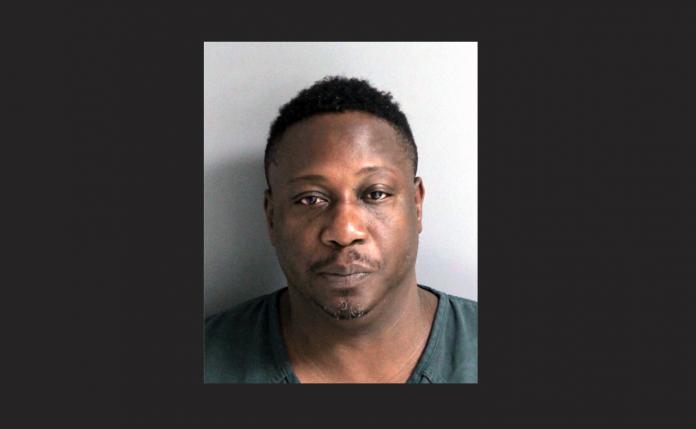 From the Aiken County Sheriff’s Office:

Investigators with the Aiken County Sheriff’s Office have arrested Michael Andre Walcott (46) of Aiken on numerous charges involved in a forgery investigation on February 22nd .

An investigation into Mr. Walcott’s (a.k.a. Andrew Orlando) alleged actions began after a victim came forward on August 12, 2019 after making several attempts to get a title to a vehicle she purchased from Walcott. Investigators discovered that besides using the name Andrew Orlando, Mr. Walcott has also been going by the name Daquan Rashad Clarke of Dallas, GA, as well.

Investigators obtained and served warrants on Mr. Walcott, charging him with Breach of Trust more than $2,000, Unlawful use of License, six (6) counts of Forgery, two (2) counts of Altering-Forging-or Counterfeiting Certificate of Title and two (2) counts of Identity Fraud. As this investigation progresses, other charges may be forthcoming.

Investigators ask that if anyone has any information on this case or on Mr. Willcott (a.k.a. Andrew Orlando or Daquan Clarke), we ask them to contact the Aiken County Sheriff’s Office at (803) 648-6811. You can provide information anonymously through Midlands Crime Stoppers. Your tip could earn you a cash reward of up to $1,000 for information leading to the arrest of the person(s) responsible for any crime.