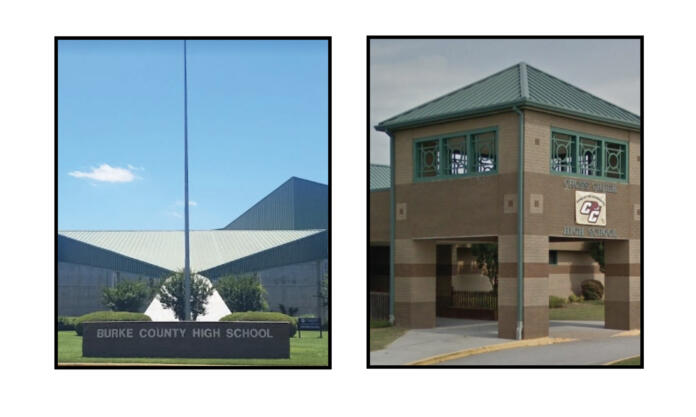 The Burke County Sheriff’s Office was contacted by the Richmond County School Safety  and Security (RCSS) regarding a threat directed towards Cross Creek High School (Hephzibah, Ga), whereas the person threatened to disrupt the school, Burke County Sheriff Alfonzo Williams said Monday in a press release.

The person used the app (Yik Yak) to communicate the threat.  RCSS Investigators were able to develop sufficient leads based on telecommunications data.  That data led them to Burke County.  BCSO took a 16-year-old juvenile from the Burke County High School to the Criminal Investigations Division for questioning.  Once the parents were present, the juvenile was interviewed and he subsequently gave an admission to sending the threat.

The juvenile will be released to the custody of the RCSS and the Richmond County Sheriff’s Office and later detained at the Regional Youth Detention Center.

The Burke County cases are still open and unsolved.

“We are continuing to work with our local, state and federal partners to identify the person(s) responsible for the Yik Yak and email threats,” Sheriff Williams said. “Several businesses and community members have added to the reward offered by the sheriff’s office.  As a result, the reward now stands at $4,000 for information leading to an arrest.”

The sheriff said BCSO is working with BPS to ensure a safe learning environment for our students, staff, faculty and community.

“We ask that all personnel remain vigilant and to report any suspicious activity or pertinent information to school personnel or law enforcement,” he said.