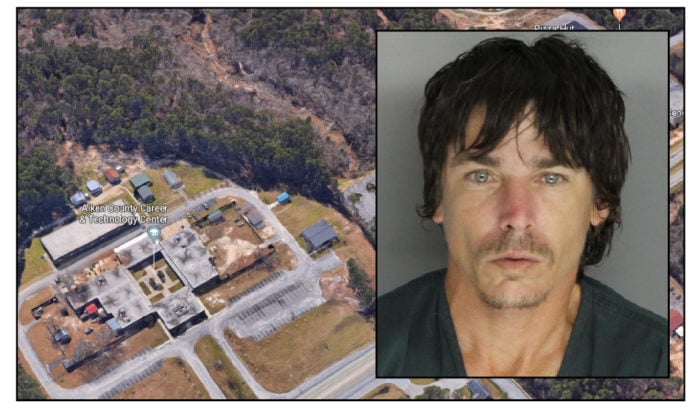 A trail of evidence led deputies this week to catch a suspect who allegedly burglarized the Aiken County Career & Technology Center in Warrenville.

Around 8 a.m. Wednesday, deputies responded to the Aiken County Career & Technology Center located at 2455 Jefferson Davis Highway in Warrenville for a possible burglary. After meeting with school officials, deputies observed a mobile unit had been disturbed and appeared to be burglarized, a press release says.

“While processing the scene, deputies observed a trail of evidence leading away from the Career Center towards a vacant building located at 2537 Jefferson Davis Highway,” the release says. “When the deputy approached the vacant building a white male subject fled on a bicycle towards Langley Dam Road.”

After a brief chase, deputies detained Joshua Lee Jones, who had two backpacks with several electronic items labeled ACPSD (Aiken County Public School District) along with drug paraphernalia and a small quantity of meth. The approximated total of all items removed from the Career Center totaled more than $13,000.

Mr. Jones was booked into the Aiken County Detention center on the following charges: Possession of Methamphetamine 1st Offense, Burglary Second Degree, Grand Larceny value $10,000 or more, two counts of Malicious Injury value less than $2,000 and Tools / Possession, making implements capable of being used in a crime. Mr. Jones is being held at the Aiken County Detention Center on $44,250.00 bond. 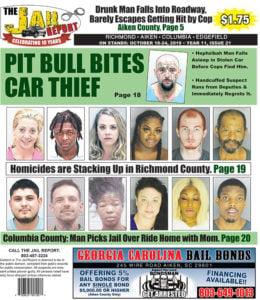