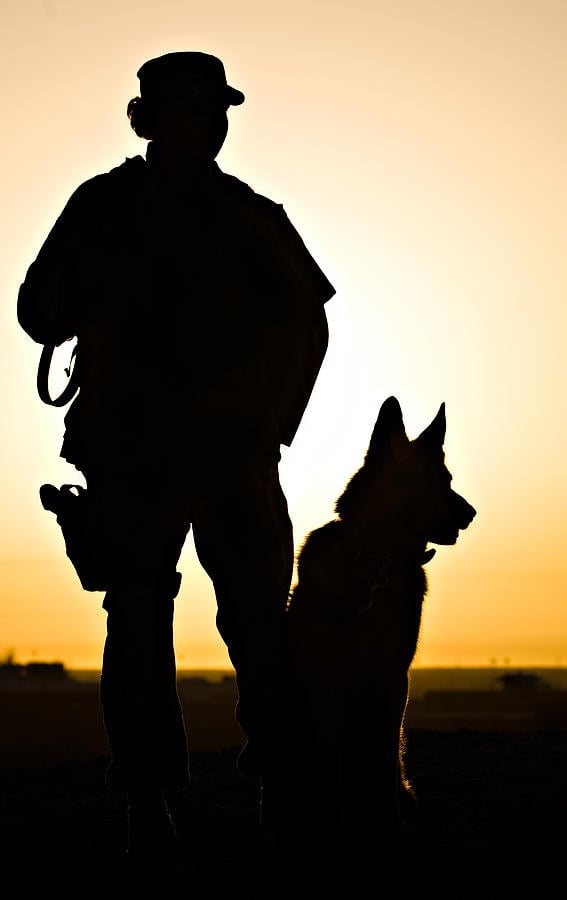 Two more K-9s working for the Aiken County Sheriff’s Office have died, including one that got loose from his handler’s home and was struck by a hit & run driver, authorities said,

Neither death led to a press release from Sheriff Michael Hunt despite public outcry over a previous K-9 death. In that case, a K-9 died in 2013 when his handler left him in a hot car, a story that came out more than a year after it happened following a tip to The Jail Report.

A German Shepherd- Belgian Malinois mix, identified as Nico, died a week ago after he got loose from the home of the handler, identified as sheriff’s Sgt. Christopher Carey. The animal was struck on Highway 39 near Wagener by a truck that kept going. Sgt. Carey went looking for the K-9 and found him dead in the middle of the street, Capt. Abdullah said. The impact was strong enough to leave the vehicle’s bumper in the road.

Asked why the sheriff’s office didn’t put out a press release, the captain said “there was nothing to put out.”

“The dog was being a dog,” Capt. Abdullah said. “The dog got out of the fence, got into the highway and struck. … This was an unfortunate accident. Obviously, someone hit this dog and kept going. That right there is probably where that person didn’t even have the courtesy of stopping.”

The dog was one of two animals donated to the sheriff’s office two weeks ago from the U.S. Army. The animals came from Fort Benning. Now, the handler has buried the animal on his property, Capt. Abdullah said.

“We looked into what happened. The dog got out of the fence. There is no negligence. We had the dog less than two weeks,” Capt. Abdullah said.

In the second death, a bloodhound named Samson was suffering from an aggressive cancer and was put down on the recommendation of a veterinarian, the captain said.

The Aiken County Sheriff’s Office confirmed over the last week that a bomb-sniffing K9 died last summer when an officer left him in a hot car.

The death of the tan Labrador named “Cooper” was never announced to the public and no ACSO ceremony was held. The K9’s handler, Sgt. James Taylor, was demoted to deputy and placed on probation for six months as a result of the death. He eventually left the sheriff’s office in January 2014.

The Jail Report received a message about the death last week, and we asked about it.

According to an account by sheriff’s Capt. Eric Abdullah, the incident occurred on June 7, 2013.

“Deputy James Taylor, who was the K9 handler, did have that dog with him with he come to work that morning.  He did leave his K9 in his patrol vehicle running but did not have on the air because when he came to work that morning it was cool weather and raining,” Capt. Abdullah said in an email statement. “That deputy did break (relief and exercise) his dog during the morning hours …  The handler put the K9 back in the vehicle.  Later when he returned to break his dog again, approximately 3 pm, he did notice that the dog was unresponsive at which time the dog was taken to the vet for medical assistance.”

Capt. Abdullah said the weather had gone from being cold and rainy to humid and hot on June 7, a fact he confirmed with a weather report from that day.

The 5-year-old dog was obtained from K2 Solutions Inc., a North Carolina company. He was trained as a Explosive Detection Dog. The sheriff’s captain said he does not have a file photo of Cooper, who was buried by his handler in a private ceremony.

Sheriff Michael Hunt declined The Jail Report’s request for an interview about the K9’s death.

“The deputy owned up to his mistake, and it was a tragic accident. It was an unfortunate accident, is what it was,” Capt. Abdullah said. .

Why wasn’t the death announced? “It involved disciplinary action against a deputy: I don’t know if that is newsworthy,” he said. “We do consider them as (close) to being an officer. I don’t know how to respond to that as far as not putting that out.”