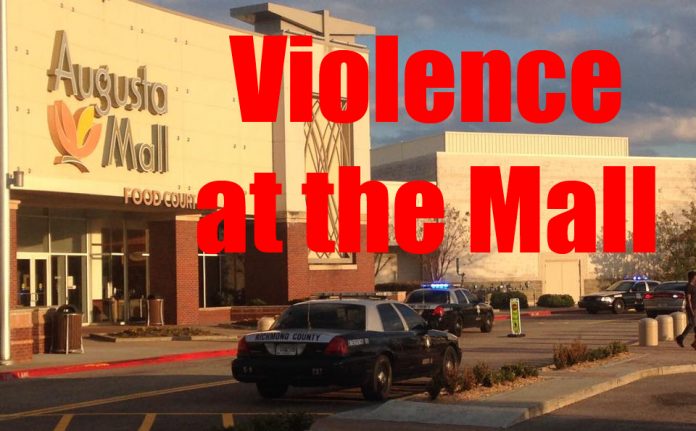 A stabbing in the Augusta Mall Food Court was not random violence or a mugging, but an incident between three acquaintances, including an apparent victim who disappeared, authorities said.

Sheriff’s Lt. Allan Rollins says two brothers and a third acquaintance got into an argument in the Food Court Wednesday afternoon, leading to a physical fight.

Witnesses reported seeing someone stab the other in the back, but no victim has been identified. And one of the brothers was found with a knife, but he had a wound to his own hand, Lt. Rollins said.

Only the two brothers have been located and taken into custody. Misdemeanor charges are expected, but Lt. Rollins said their names would not be released until Thursday.

Authorities are checking area hospitals for any sign of the victim, but no one has shown up.

Lt. Rollins emphasized the incident was “not random violence.”

“It was not a mugging in the lobby or in the food court or in the bathrooms. This just appears to be three people who knew each other” that got into an altercation, he said.

Portions of the Food Court were closed for a short time for an investigation and to clean up a small amount of blood, Lt. Rollins said. And media were escorted off the mall property because of the mall policy.

Got video or pictures of the fight? Email them to jailreport@gmail.com . We pay.