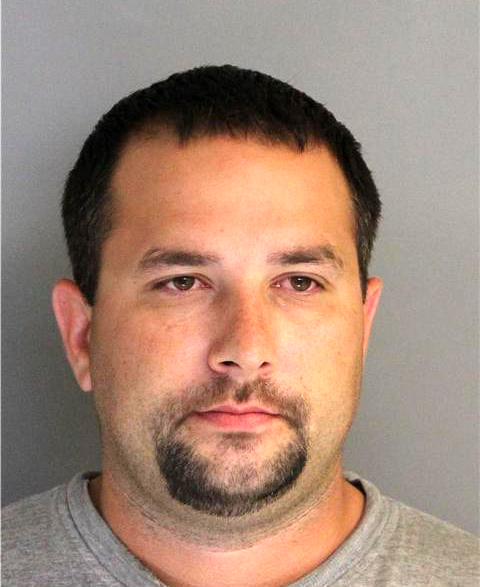 A Wagener police officer was caught with a case of beer and a cooler in his unmarked patrol car early Friday and eventually charged with DUI, authorities said.

Officer Craig Elliott Martin, 30, was arrested for driving drunk after refusing to blow. He was stopped about 3:30 a.m. Friday after an Aiken County sheriff’s deputy spotted him driving suspiciously in a black Ford Crown Victoria across the street from the Kent’s Korner, 1694 Old Ninety Six Indian Trail Road, Aiken.

Martin was driving in circles around the parking lot then back into the roadway of Highway 39 North without headlights. Deputy Michael Hickson thought the officer might be conducting surveillance, so he checked it out and discovered the Wagener Police Department had a vehicle matching that description but was not conducting any surveillance.

The suspect parked the Ford behind the store near dumpsters without headlights on, but when the driver saw Deputy Hickson, he took off and headed onto Highway 39 toward Wagener. The deputy followed Martin, but Martin turned around and headed back to the store, where Deputy Hickson tracked him down and got him to stop.

Deputy Hickson immediately smelled alcohol on Martin’s breath and saw a case of beer on the passenger floor board and an open container of Bud Light in the cup holder between the seat, a report says.

Several other officers arrived, including Wagener Chief Tom Gray, but Martin clammed up after being given his Miranda rights, saying “he didn’t want to speak to law enforcement about nothing” and would not submit to field sobriety testing. Back at the Aiken County Jail, he refused to blow and was issued a ticket for DUI, which he refused to sign.

His patrol vehicle was turned over to Wagener Police.