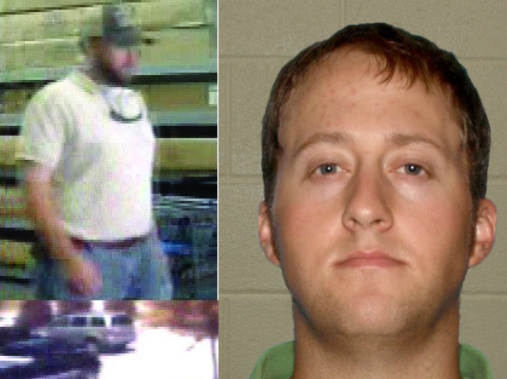 The man walked around Grovetown Walmart for nearly three hours and didn’t buy anything last week.

Now, William Stone Roberts Jr. of Grovetown has been charged with child molestation in the incident last Thursday. He’s being held without bond.

The 32-year-old man followed around an 8-year-old girl for a half hour, waited until her mother wasn’t looking and then put his hands down the back of the girl’s pants, authorities said.

The girl told her mother that the man “spoke to her and touched her in an inappropriate manner,” according to a sheriff’s report. The mother found the man and confronted him before alerting store employees.

Roberts, of Glenn Falls Road in Grovetown, has been identified as the person responsible for two similar incidents – including at a Martinez Walmart – but authorities can’t charge him because he didn’t technically commit a crime in those cases, sheriff’s Capt. Steve Morris said. He was simply asking to pay the mother to spend time with their children, he said.

Sheriff’s officials released the man’s photo last week and quickly identified him in the Grovetown case, but weren’t immediately able to charge Roberts, who is reportedly married with a pregnant wife.

Roberts had shaved his beard and cut his hair, which surprised co-workers when he went back to work.

“We have interviewed him. He acknowledged being in the store with the child. He denied there was any physical contact,” Capt. Morris said.

He has also been tied to an earlier incident that led to the wrongful arrest of serial flasher Chad Stefani, but a judge dismissed the case because there was no evidence of a crime.

Authorities are trying to determine if Roberts is responsible for other similar crimes.

“It seems to be a pattern here, and if anyone else has had contact with him or a suspicious incident of this nature, call us,” Capt. Morris said.