Wanna-Be Robbers Busted for Suspicious Acts in Beech Is. 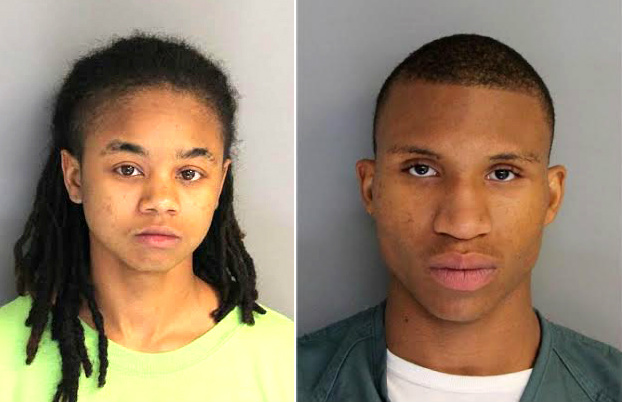 An Aiken couple were busted this week for attempted robbery after acting suspiciously outside Windsor Jewelers, including wearing a mask and parking in front of the business several times.

Vanessa Drummings, 20, and James Antonio Frazier, 18, were both charged with attempted armed robbery. Frazier was also charged with mask wearing, unlawful carrying a pistol, and possession of a firearm by convicted felon.

The couple were seen parking outside Windsor Jewelers on Jefferson Davis Highway in Beech Island.

“An employee of the business told investigators that the couple parked their car several times in front of the business,” sheriff’s Sgt. Jason Feemster said in a press release. “During those occasions he observed the male passenger … in the back seat of the vehicle with what appeared to be a red shirt wrapped around his face.”

Drummings, who was driving the car, came into the business and left. An employee then saw Frazier walk out from behind the business with the red shirt wrapped around his face and get into Drumming’s car.

The couple was later stopped by Aiken police and arrested for unrelated crimes. But an investigation into their actions led to the charge of attempted armed robbery.

Sgt. Feemster said all the elements were there to charge them based on their actions as employees watched their suspicious activity and thought “something’s not right” and “something’s fixing to go down.”