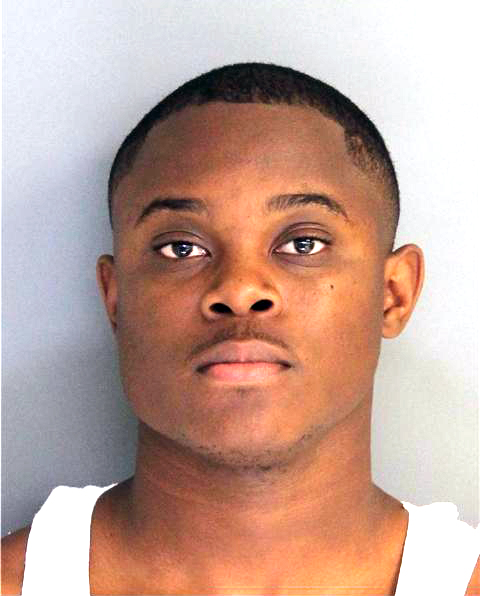 A “dangerous” Graniteville man is being sought for Sunday morning’s double shooting near Horse Creek Subdivision that killed a young woman and injured a man in a vehicle, authorities said.

Jalen Devaughn Simpkins, 25, is wanted in the double shooting that killed 23-year-old Laketia “Keita” Boyd (pictured) and sent a man in the same vehicle to the hospital.

According to a press release, Aiken County dispatch received a 911 call around 11:53 a.m. Sunday in regards to a shooting incident that occurred at the intersection of Jefferson Davis Highway and Highland Drive in Graniteville. When deputies arrived, they located a male victim on Highland Drive that had been shot and a deceased female victim located in a vehicle on the embankment of Jefferson Davis Highway.

Simpkins was identified as the suspect. He is described as a 5’ 9” tall black male weighing approximately 160 pounds. He is believed to be in a silver, 4-door Hyundai Sonata and should be considered armed and extremely dangerous, the press release says.

Statement from Sheriff Michael Hunt: “It is very sad that someone so young has lost their life to a senseless act of violence. Our thoughts and prayers go out to Mrs. Boyd’s family. Every effort will be made to locate and bring Mr. Simpkins to justice”

It should not surprise anyone that the justice system has been more than sympathetic to Simpkins, who has multiple charges on his record for resisting officer, obstructing justice and wounding law enforcement. The justice system has thrown most of these charges out before trial. In just one case, they gave him probation and anger management classes for a resisting arrest charge from 2015.

Friends of the victim are already remembering her on Facebook: