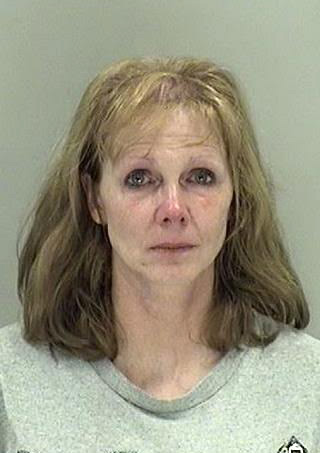 An Waynesboro officer was arrested for DUI Tuesday afternoon after hitting a stop sign in Hephzibah on her way to a doctor’s appointment, authorities said.

Kimberly Marie Sanders, 46, of Blythe, was charged with DUI and failure to maintain lane.

Sanders allegedly hit a stop sign with her Chevrolet pickup truck about 3 p.m. Tuesday outside IGA on Highway 88, according to Hephzibah Police Chief Dwyane Flowers. She bent the sign, but backed her truck up and proceeded down the highway, the chief said.

Police got a call about an erratic driver and they were able to pull her over a block and a half away.

“She denied hitting the sign. She didn’t even know she hit the sign,” Chief Flowers said, adding that there was paint transfer from the stop sign on Sanders’ truck.

Sanders passed a Breathalyzer test but failed a field sobriety test given by Chief Flowers. The chief requested a blood sample and Sanders provided one at the scene. Sanders told officers she was on her way to a doctor’s appointment.

“We determined she was impaired. It was not alcohol,” he said, adding that Sanders didn’t admit taking anything to impair her driving.

Sanders was taken to the Richmond County Jail and bonded out early Wednesday.

Waynesboro Police Chief Augustus Palmer III was not in the office Tuesday, but Lt. T. Jackson said he imagines someone will talk to Sanders to see what happened. But they haven’t yet, he said.

As for her employment status, Lt. Jackson said: “There is no comment.”