A Martinez man was charged Monday with Peeping Tom for a bizarre incident in his West Lake neighborhood, authorities said.

Burles Johnson II, 63, of Inverness Way, is accused of going on a neighbor’s back porch on Monday morning. The 37-year-old victim told authorities that she was home at 8:15 a.m. when she noticed Johnson standing on her back porch, a sheriff’s report says.

“(He) ran back to his house after she made eye contact with him,” the report says. “She has had encounters with Mr. Johnson in the past that made her feel uncomfortable.”

Johnson was initially warned Monday afternoon not to return to the neighbor’s property or he would be charged with trespassing. By Monday evening, an investigation led to his arrest for Peeping Tom.

Johnson, who owns B.A. Johnson Construction Company, has been released on bond.

In a phone interview Wednesday night with The Jail Report, Johnson said he was surprised at the Peeping Tom charge. He said he was simply chasing a hawk that he saw fly down. He said he thought the hawk might be injured when he went on the woman’s back porch to investigate. He never found the bird.

Johnson said he didn’t think the homeowner was home because she is normally gone at that hour. When he saw her, he waved and then jogged away to chase after his dog that had disappeared.

“I was just there to investigate to see if the hawk was hurt or injured. He apparently flew through,” Johnson said. 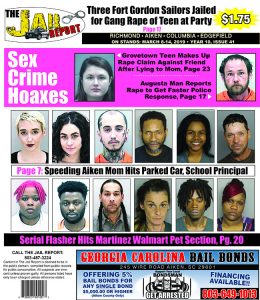