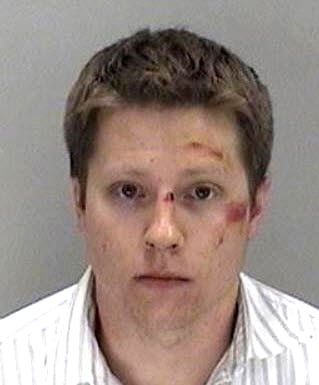 UPDATE: This disorderly conduct charge was dismissed February 3rd, 2015 and is no longer on Mike Miller’s record.

According to authorities, Miller was arrested at The Country Club for being intoxicated and grabbing a deputy’s Taser. His mugshot shows some scuff marks on his face.

Miller, 28, is expected to be released Saturday morning on his own personal recognizance.

A call to WJBF for comment was not immediately answered.

According to the WJBF website, Mike joined the News team in June 2012. He graduated from the University of Alabama at Birmingham with a B.A. in Communication – Broadcast Journalism.

Before coming to WJBF, Mike worked at WVTM Alabama’s 13 in Birmingham, Alabama. He started his work there as a Photographer and later became a Digital Journalist for weekend newscasts.