1 Arrested in Fatal Shooting of Augusta Teen at Gas Station

An Augusta teen has been identified as the person fatally shot Friday at a Wrightsboro Road gas station.

Jones was rushed to Augusta University Medical Center, where he was pronounced dead at 1:15 p.m. Friday, Coroner Mark Bowen said.

Richmond County investigators said had two subjects in custody, but arrested only one. Darontaye Cummings, 17, of Augusta, is charged with murder, weapon possession and possession of an article with altered identification.

“Further investigation revealed the second subject that was in custody was determined to have no involvement and released,” sheriff’s Sgt. Caleb Lee said.

A booking photo for Cummings was not immediately available.

Jones – known on Facebook as ChasingMoney Zay – was already being remembered by friends and family.

Ta Mira said, “I just wanna hear you say ‘come on bae let’s do a tiktok.’ I wanna crash so bad rn behind t.s baby ii love you so much.” 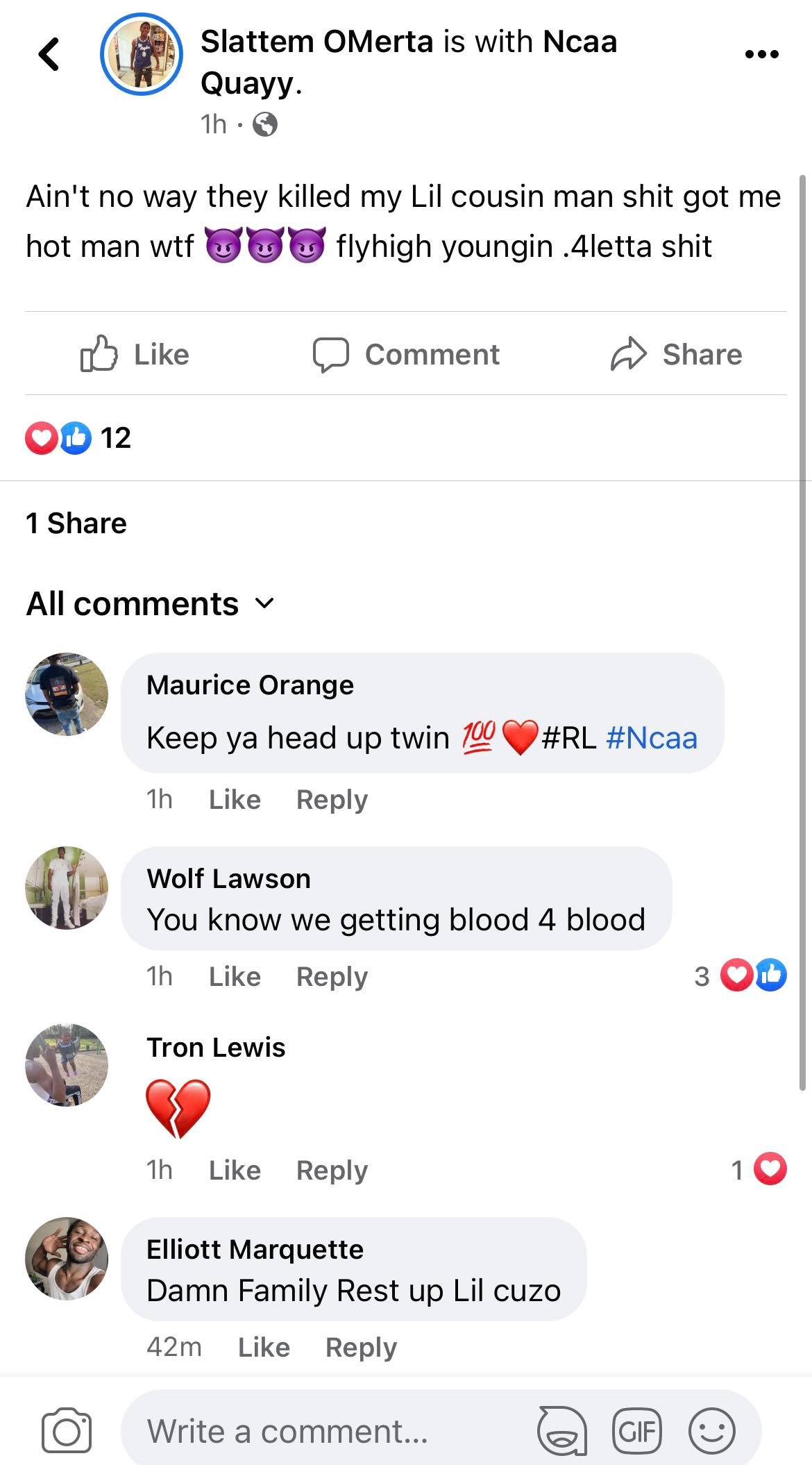