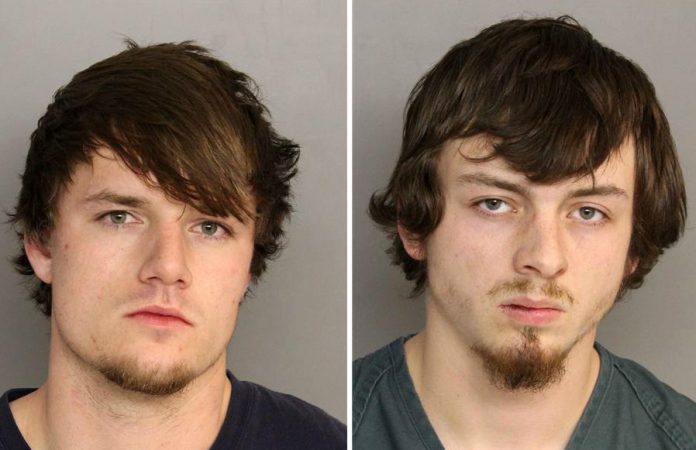 A bizarre shooting outside the Auto Zone in Aiken has led to charges against two Edgefield County men.

Aiken police say the suspects modified a 12-gauge shotgun shell and fired it at another man using a flare gun. “The round struck the vehicle the victim was sitting in, but did not hit the victim,” Aiken Detective Jeremy Hembree said.

“Mr. McCary was the driver and Mr. Griffith was the front seat passenger,” Detective Hembree said.

The motive? Apparently, Griffith had an issue with the victim communicating with a female friend. “The victim was led to believe he was meeting the female” at Auto Zone, Detective Hembree said.

Oddly enough, the female friend was also arrested. Valerie Walters, 17, of Augusta, was charged with minor in possession of beer, disordery conduct and open container.