A Graniteville man and teacher at Ridge Spring-Monetta High School has been charged in a federal complaint alleging he transported a minor across state lines for sex.

Jonathan Eugene Grantham, 45, appeared Friday in U.S. District Court in Augusta before Magistrate Judge Brian K. Epps after his arrest on a federal complaint charging him with Transportation of a Minor with Intent to Engage in Sexual Activity, said Bobby L. Christine, U.S. Attorney for the Southern District of Georgia.

The charge carries a maximum penalty of life in prison. There is no parole in the federal system.

Grantham is employed as a teacher at Ridge Spring-Monetta High School in Ridge Spring, S.C. As described in court testimony, Grantham is accused of knowingly picking up a minor female in Columbia County on or about July 20, 2019, and taking her across state lines to engage in prostitution.

Grantham remains in custody in the Jefferson County Jail pending a detention hearing before Judge Epps.

“None of the alleged offenses were directly related to his employment with the District,” said, Mike Rosier, Director of Communications for the Aiken County Public School District.

“The individual has been a teacher for 13 years,” Rosier said. “He has been employed by Aiken County on two occasions, most recently serving at Ridge Spring-Monetta High School since 2017. As is standard District protocol, the employee has been placed on administrative leave pending the outcome of the investigation and any resolution of charges.”

Here is his page from the school district. 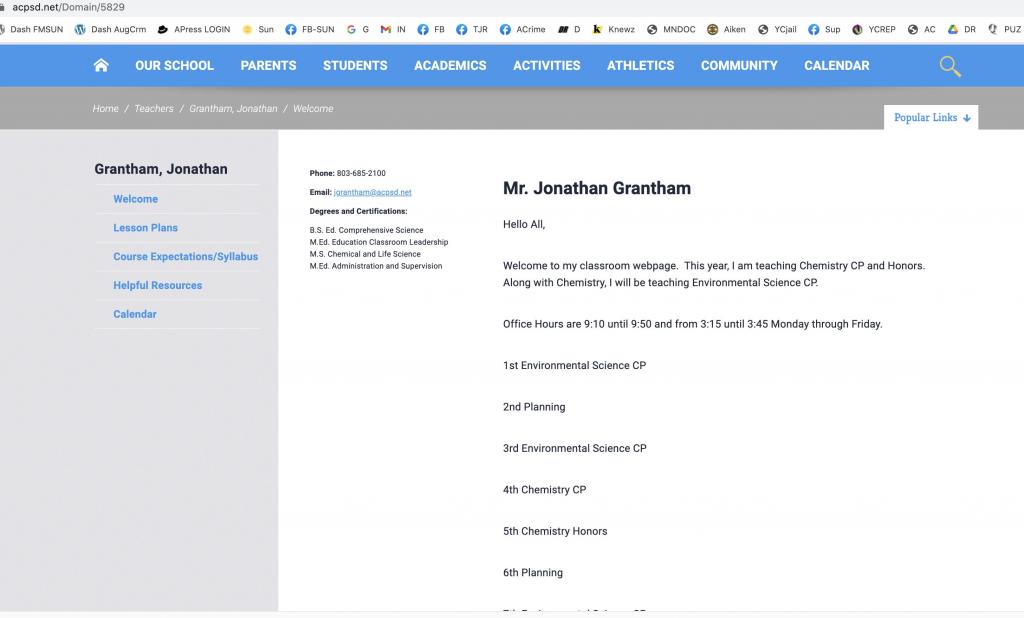