Augusta Man Likely to Die After Encounter with Cops; His Fiancée Calls for Justice

An Augusta man is likely to die from severe brain injuries suffered during his encounter with Richmond County deputies on Monday night, and his fiancée is calling for justice.

Jermaine Jones Jr., 24, was rushed to the hospital in critical condition Monday night after his arrest by Richmond County deputies, sparking a GBI investigation.

His fiancée, Letayia Anderson, spoke to us Thursday morning in an exclusive interview, saying his recovery does not look good because of the severity of his brain injuries. 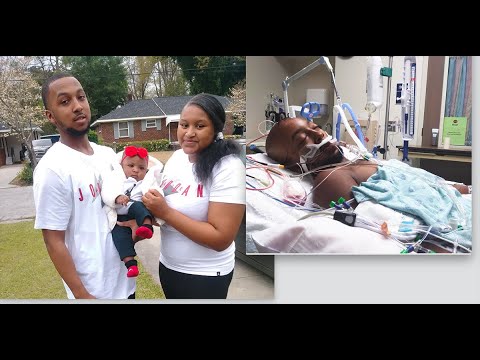 According to the GBI, Jones was tased after running from officers during a traffic stop at 7:12 p.m. Monday on Highland Avenue. Jones then struggled with multiple officers as they tried to detain him, according to Nelly Miles, Director of GBI’s Office of Public and Governmental Affairs.

“While on the way to the Richmond County Jail, Jones experienced symptoms requiring medical treatment,” Miles said by email Tuesday afternoon. “He was taken to a local hospital where he remains in critical condition.”

If he recovers, Jones will be charged with felony possession of a firearm by first offender and obstruction of a law enforcement officer.