Augusta Woman Shoots Intruder After He Breaks Down Her Door. She Knew Him Well. 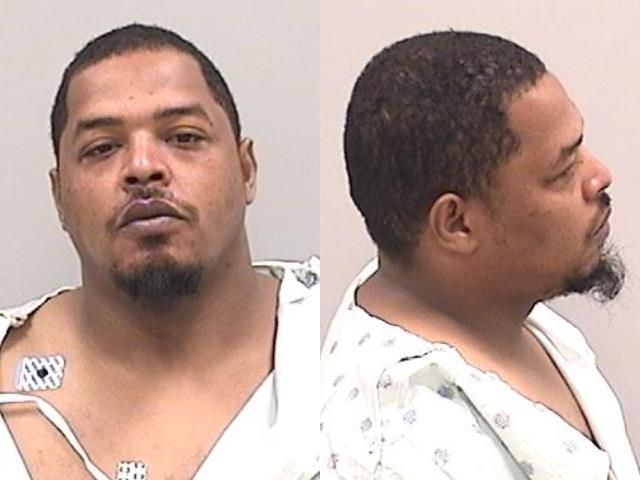 An Augusta woman shot her estranged husband last Friday after he broke down her front door.

“Don’t make me do this!” suspect Nathaniel Mason screamed as he stood outside her bedroom. When he broke the bedroom door off the hinges and lunged at her, she fired a single shot from a 9mm handgun, hitting him in the chest.

“I wasn’t going to hurt you,” he reportedly said before fleeing. Mason drove home and called the victim’s brother to take him to Augusta University Medical Center. He sustained a gunshot wound to his left upper pectoral near his shoulder with a single exit wound, a sheriff’s report says.

He was moved to the jail on Saturday for burglary, photographed in his hospital gown.

A sheriff’s report describes the couple’s history and burglary details. They separated three months ago and the victim recently filed for divorce. She said she has been in fear for her safety since he has been physically abusive in the past.

Last Friday, Mason called his estranged wife requesting to come over and asking her about who she was “talking to,” a report says. She told him not to come over and hung up. But he called her again on video chat while standing outside the front door of her home in Richmond Hill.

The 225-pound suspect began knocking aggressively before finally breaking down the door. He then forced his way into her bedroom, where she shot him. Deputies later discovered two exterior security cameras had been moved so they could not capture video.

At the hospital, the suspect said he has been drinking alcohol and regretted his actions. He said he “should have stayed home,” a report says. He told deputies that his estranged wife “did what she had to do” and shouldn’t be sorry.

“I wasn’t going to hurt her though,” he told deputies, confessing that he wasn’t sure what his intentions were.