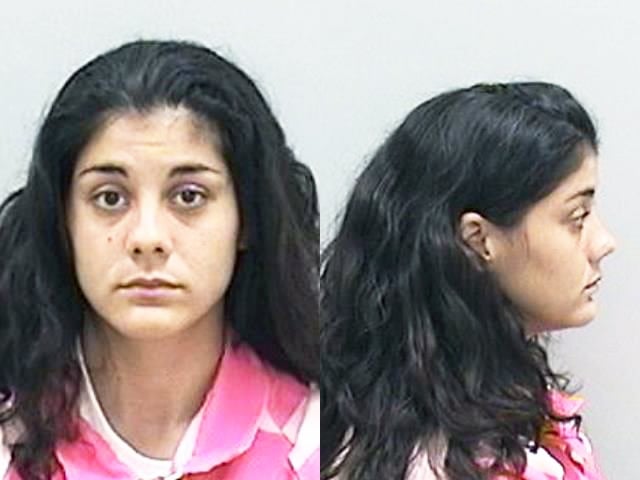 An Evans babysitter beat an 8-year-old boy with a piece of wood and a PVC pipe until the child’s father noticed the bruises and called 911, officials reported.

Nadia Corbin, 26, was arrested by Richmond County deputies April 9 on two counts of cruelty to children in the first degree.

Deputies were called to the child’s home when the child’s father noticed bruising all over the boy’s body.

The father explained that Corbin is his son’s babysitter, and she typically watches him from 7 a.m. to about 2 p.m. weekdays while the father is at work.

For two or three days prior to her arrest, however, Corbin made excuses to delay the father from coming for his son. When he finally retrieved the boy, he noticed that the 8-year-old was covered in bruises so he called 911.

Deputies spoke with the child who said that Corbin had been hitting him with what he believed was a PVC pipe. Deputies noted bruising from the child’s lower back down to his thighs, wrapping around both sides of his body and nearly covering his chest. Deputies noted that the swelling was extreme.

The child told deputies that the abuse started around the same time he started going back to school. Originally, he said, Corbin beat him with a piece of wood, but she had recently switched to the white plastic pipe.

After speaking with deputies, the father took his son to the hospital where an investigation continued. Corbin was arrested the same day.