A cause of death has been released for a Jackson man who was found dead in the cellar of his home on Nov. 14 with his hands and feet bound.

Eldon W. Ledford, 61, of 104 3rd St., Jackson, was found dead in the cellar of his home on Nov. 14 with his hands and feet bound. Ledford may have been dead for weeks, authorities said, and a cause of death was revealed to be from “blunt force injures,” Coroner Darryl Ables announced Tuesday.

Jackson police responded to a home on that Sunday night for a well-being check when neighbors called about a bad smell coming from his house. When the officer arrived, Ledford’s body was discovered in the basement.

“The victim was in a stage of decomposition and his hands and feet were bound,” Coroner Darryl Ables said.

Jackson police had been there before. They first conducted a well-being check on Oct. 20 at the request of the homeowner’s acquaintance. At that time, officers found his car in the driveway and went inside, where they found drawers had been pulled out in all rooms. But they didn’t see Ledford.

It was bizarre, since he had been offered a position at the Fresh Market of Augusta after taking a meat-cutting test. But he never came back. Store officials got worried and called him for days without getting an answer.

No obituary has been released on Ledford and his family has reportedly asked for privacy in the case, declining to return our messages with McNeil Funeral Home and Central Savannah River Crematory in Martinez, Georgia.

Authorities say Ledford’s career involved “military personnel transport.” A google search for “Eldon Ledford Jackson SC” comes up with this old image below of a man posing with President H.W. Bush, although The Jail Report has not confirmed if the man on the left is Ledford. 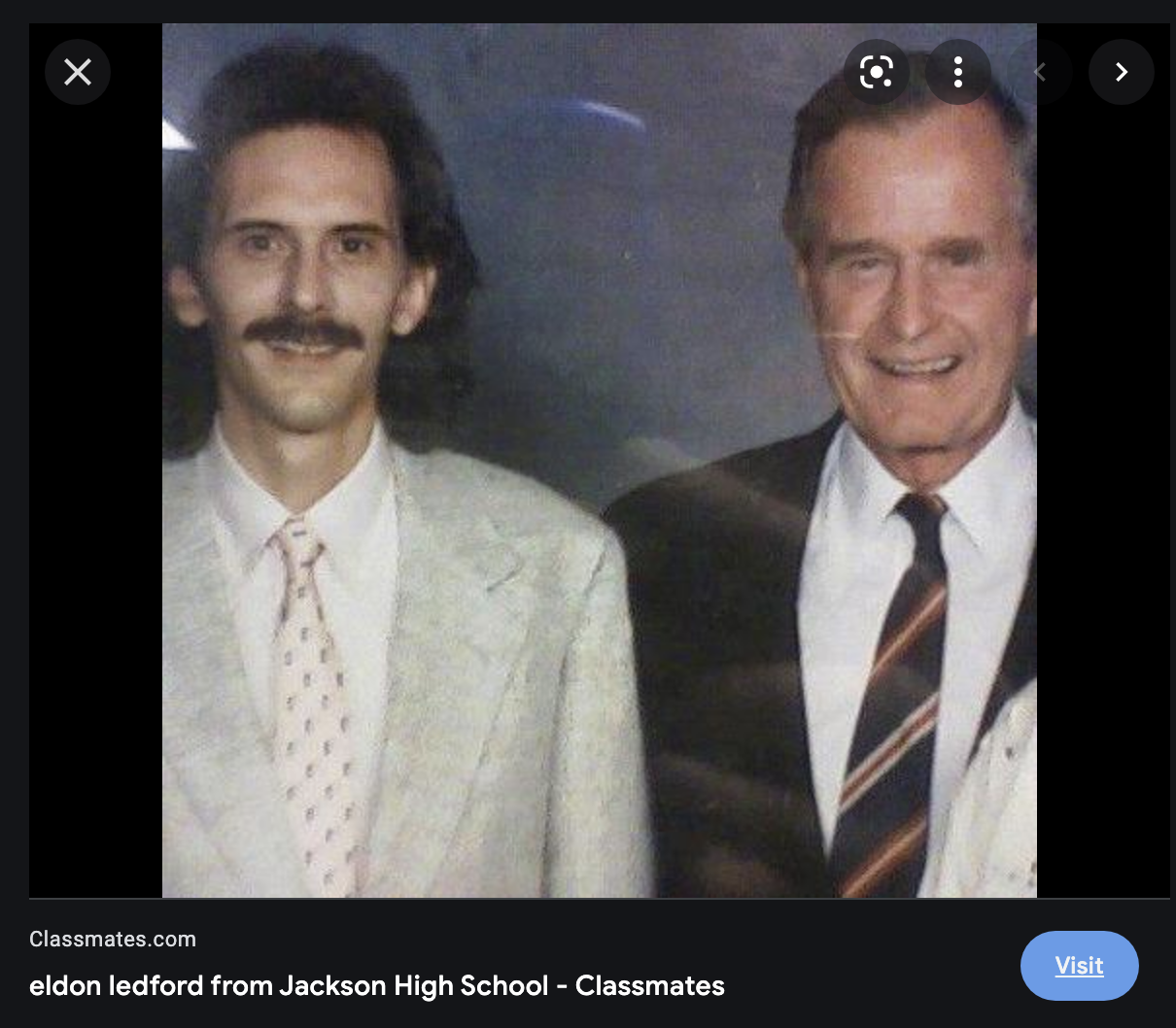