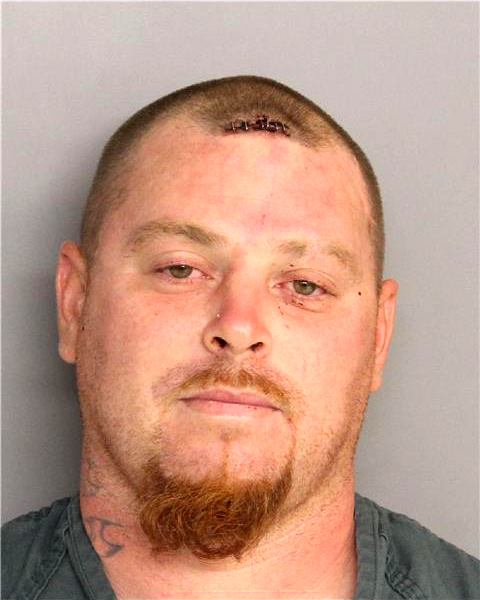 A drunken idiot with a gun was captured by New Holland firefighters Tuesday night after going to the fire station and shooting into the air, shooting at his vehicle and then pointing the weapon at bystanders, authorities said.

(For more crime stories from the area, pick up this week’s Jail Report. Cover image: http://thejailreport.com/wp-content/uploads/2010/07/Cover-Issue-649.jpg)

Chad Barker, 31, of Aiken, was held until deputies arrived, and then things got crazier. While in the patrol car, he “slammed his head on the patrol car partition” and caused a major gash in his head that required a trip to the hospital before jail, sheriff’s Capt. Eric Abdullah said.

It’s unclear why Barker chose the New Holland Fire Department for his gun-shooting adventure, Capt. Abdullah said. “As far as we know, he has no connection to any of them,” he said.

Barker was charged with two counts of pointing and presenting a firearm.

“Witnesses told deputies that Chad Barker drove into the parking lot of the fire department in his own vehicle. When he exited his vehicle, he discharged a weapon into his own vehicle and then pointed the weapon at bystanders in the parking lot. Barker was confronted by fire department members who were able to get the weapon away from him without a struggle and detain him. …  The investigation revealed that Barker was grossly intoxicated at the time of the incident. There were no injuries reported as a result of this incident.”