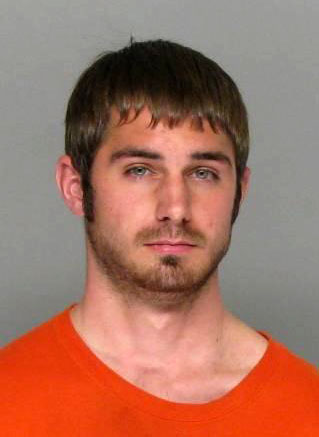 A former security employee at Augusta National Golf Club remains in jail today on charges that he called the golf club last week and threatened to kill people and “burn the place to the ground.”

Stuart Hembree, 21, of the 2300 block of Williams Street, Augusta, was charged with terroristic threats & acts. He is a former security employee who worked during the April tournament and was contracted through Securitas Security Corporation.

An incident report from the Richmond County Sheriff’s Office outlines the allegations:

Last Wednesday (Dec. 4), Hembree called the phone at Gate 6 and yelled at Augusta National Security Guard Thomas Hyer, telling Hyer that he had been locked up in a psychiatric facility, couldn’t get out and was going crazy. He identified himself as “Stewart.”

Hyer asked Hembree if he had the right number, but the caller began cursing and talking faster, saying that if they didn’t do something about his situation he was going to start a “shooting spree,” killing everyone starting with Hyer.

Moments later, Director of Security Jody Rowland took a second call from Hembree, who identified himself as Stuart Hembree and said he was in a “dark place,” a “hell hole,” and needed some help in the form of a “Master Card.”

Rowland told Hembree that he wouldn’t be able to help him in that way. He asked where Hembree was located. Hembree then responded in a much deeper voice, using profanity and saying he was “coming for” Rowland, to look for blue jeans and a yellow T-shirt, that he had a shotgun loaded, and was coming to kill him and everyone at Gate 6 and burn the place to the ground.

Hembree then hung up.

After an investigation, Hembree was located and arrested on Tuesday. He is being held without bond at the Richmond County Jail.