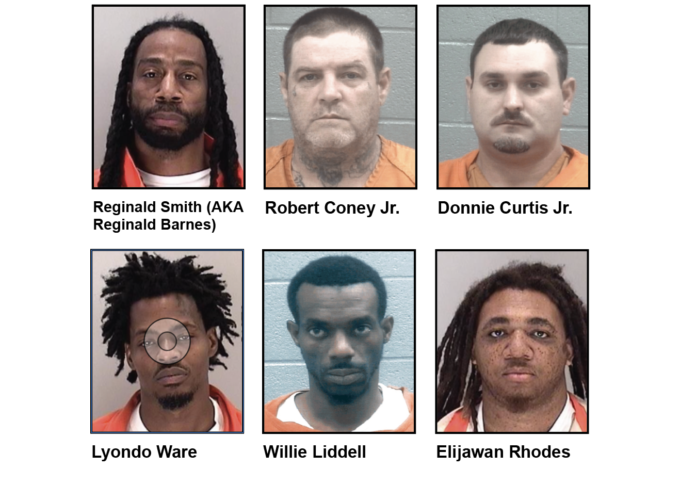 Federal indictments returned in the March term of the Southern District of Georgia U.S. District Court Grand Jury charge all six defendants with Possession of a Firearm by a Convicted Felon, a charge that carries a statutory sentence upon conviction of up to 10 years in federal prison – with a possible sentence of up to life in prison for defendants with a significant record of criminal convictions.

“Law enforcement agencies throughout the Southern District need assistance in battling the increase in violent crime and illegal firearms, and our office continues to answer the call to help,” said David H. Estes, U.S. Attorney for the Southern District of Georgia. “We stand with Richmond County Sheriff Richard Roundtree in protecting the law-abiding citizens of the Augusta area by removing those who would threaten the community’s safety.”

Defendants charged in the Augusta area include:

Criminal indictments contain only charges; defendants are presumed innocent unless and until proven guilty.

The cases are being investigated by the Richmond County Sheriff’s Office, the U.S. Drug Enforcement Administration, the Bureau of Alcohol, Tobacco, Firearms and Explosives, the U.S. Marshals Service, and the Columbia County Sheriff’s Office, and prosecuted for the United States by Assistant U.S. Attorneys Patricia G. Rhodes, Henry W. Syms Jr., and Jeremiah L. Johnson.