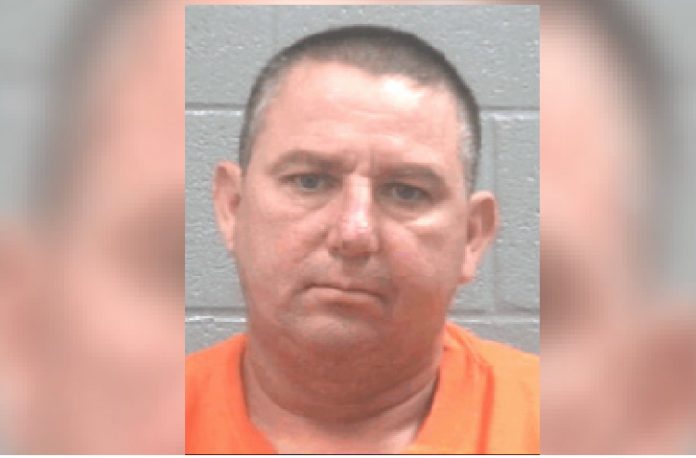 A Hephzibah man started an online relationship with a 14-year-old boy and tried to have sex with the minor in a local hotel, according to Columbia County authorities.

Richard Moore Jr., a 47-year-old electrician from Hephzibah, was arrested Friday after the boy secretly asked a clerk at the Red Roof Inn for help, according to a sheriff’s report.

The clerk came to the suspect’s room Friday to check on a broken TV and left her cell phone on a table. The boy grabbed the phone and typed “Help Me.”

The clerk later called the sheriff’s office and deputies came and rescued the boy. Authorities say the teen had forged a relationship with Moore over the Tinder dating app and exchanged naked pictures with the older man. Last week, Moore picked up the boy and took him to his hotel room at the Red Roof Inn on Belair Frontage Road in Columbia County.

The boy started “feeling uncomfortable” and alerted the clerk when Moore called her to fix their TV, a report says. Moore left the hotel in his vehicle before deputies arrived, but the suspect was found at a nearby convenience store and arrested.

Moore, of Hancock Mill Lane, Hephzibah, remained in the Columbia County Detention Center on Monday afternoon on a $32,800 bond.

For more crime news, pick up the latest edition of The Jail Report, sold in local gas stations for $1.75. Also, look for online subscriptions and online access to past issues in the coming weeks. 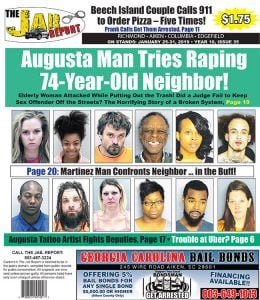