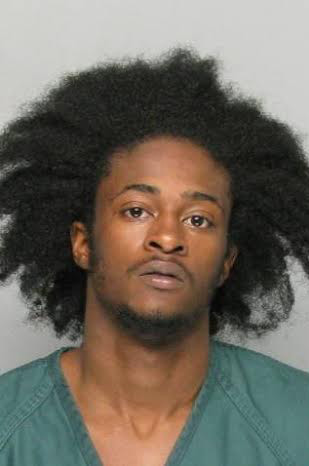 The man found laying face down early Wednesday on 2nd Avenue in Augusta was once accused of being the trigger man in a Cherry Tree Crossing murder, but a jury found him not guilty.

Curtis Lemont Carter, 22, (pictured) was shot twice in the chest just after midnight Wednesday and died at GRU Hospital. No suspects have been named.

Carter had a history of gun violence and physical violence in Richmond County. In fact, he was just released from prison in September after serving 14 months of a 3-year sentence for aggravated battery.

But a 2010 murder charge against him resulted in a not-guilty verdict.

In that case, investigators had named him as the triggerman in a March 2010 shooting at Cherry Tree Crossing Apartments. The victim, 40-year-old Scotty Mathis, declared Carter was the shooter just before his death at an Augusta Hospital, but no witnesses came forward to support that, according to newspaper accounts.

During a 2012 trial, a defense attorney argued that Mathis had a blood alcohol level of 0.21 at the time of his death and traces of cocaine and marijuana in his system. In addition, witnesses said Mathis was there with another man to buy drugs.

No one claimed to see a shooter, but shoeprints near the area of the shooting seemed to match those belonging to Carter. According to newspaper accounts, Carter also made a statement to authorities that he had “messed up” and was going to prison. Unfortunately, the comment was not caught on tape.

A jury found Carter not guilty.

Since that murder, Carter was convicted of aggravated battery and sent to prison. He also had convictions for assault, reckless conduct and firing a gun near a public road.