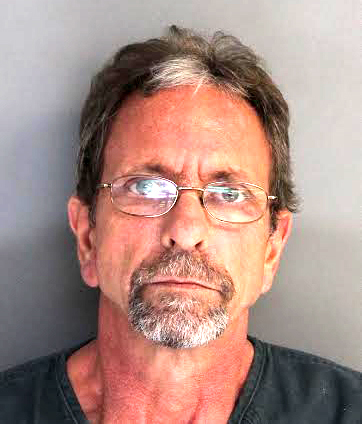 A Warrenville man kicked in the door of his ex-girlfriend’s home this morning and then fatally shot her in the front yard, authorities said.

Todd Brown, 46, has been charged with murder in the case after his ex-girlfriend was pronounced dead at Georgia Regents University Hospital. The victim’s name has not yet been released.

Authorities received a call about 7:19 a.m. about a shooting at 548 Pine Street, where deputies found a white female in the front yard suffering from an apparent gunshot wound. She was rushed to the hospital, but died.

Witnesses told officers that Brown kicked in the front door where he got into a verbal and physical fight with his ex-girlfriend, which later ended outside the home, sheriff’s Capt. Eric Abdullah said in a press release.

Brown fled the area before deputies got there, but he was later captured. He has been charged with murder as well as burglary and weapon possession.

Brown was just in jail on Feb. 5 for several drug charges related to possession of controlled substances. He was released the next day.