On Facebook Live, Aiken Man Threatens to Chop Up Witnesses! 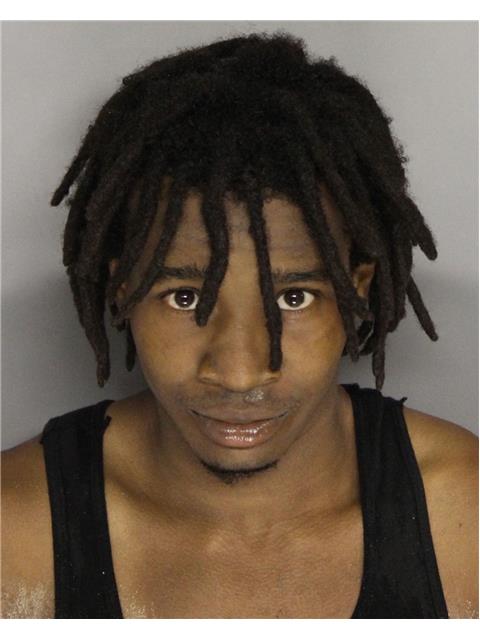 An Aiken suspect threatened on Facebook Live to kill two witnesses to an earlier crime and “cut them up to pieces,” authorities said.

Walker was charged in February with shooting at a man and later pointing a gun at the woman. After getting out of jail, he allegedly went on Facebook to threaten the victims with death, according to a sheriff’s report.

He allegedly posted several videos on Facebook June 16 threatening harm to the man and woman. He was seen swinging a hatchet, saying “I got this chooper now and I am going to cut you to pieces.”

“This ain’t over. Imma kill you,” Walker said while swinging a hatchet on camera.

Walker apparently deleted the videos while deputies were investigating him. Someone commented that he could get into trouble. (You think?)

Police charged an Aiken man on Sunday in two separate incidences that involved a gun.

Aiken Public Safety officers said the first is related to a larceny and shooting that occurred Feb. 10; the second crime happened later than night when a woman claimed Alphonso Walker Jr. pointed a pistol at her. He now faces attempted murder, discharging a weapon into a dwelling, two counts of pointing a firearm at a person, possession of a stolen pistol, simple larceny and marijuana possession, according to jail records.

On Feb. 10, Aiken Public Safety officers responded to Hampton Avenue when a man told police  Walker had visited his home and picked up his pistol that was laying on a couch cushion. Handling the gun without permission started an argument between Walker, 23, and the victim, 22. Police said Walker pointed the pistol at the victim and fired a single shot before leaving with the gun.

On Feb. 11, Aiken County Sheriff’s Office deputies responded to Dallas Court in Aiken when a 27-year-old woman claimed Walker pointed a pistol at her the night before, according to reports. She said he acted “irate,” and she asked him to leave her residence. According to reports, Walker walked outside, asked the victim if she was afraid of him, and then he cocked the stolen pistol. “Now you’ve got something to be afraid of,” Walker said, and pointed the gun at the at the woman.

According to reports, the woman’s boyfriend witnessed the entire incident and confirmed every detail. Police said he cried while giving his statement because he feared Walker might actually kill his girlfriend. Authorities said the couple do not own a phone and could not call police immediately after Walker’s visit.

On Sunday, the woman again called police, this time to report that Walker was asleep in her bedroom. Deputies who responded found him lying on his stomach with his hands tucked beneath him on the floor. They also found the stolen handgun he was clutching while in slept. “It’s not hot,” Walker said immediately after his arrest. “It belongs to my cousin Rob.”

Before he was officially jailed at the Aiken County Detention Center, deputies also found on Walker a small amount of marijuana, according to reports.