Roundtree: I’m Ready for Internal Review of Steroid Use 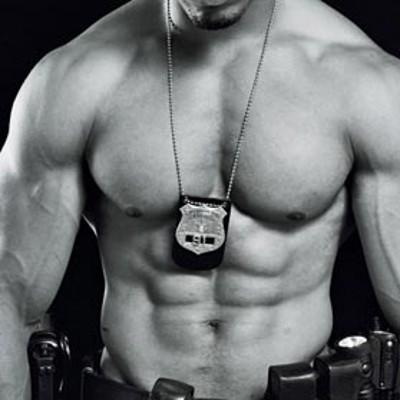 Richmond County Sheriff Richard Roundtree says he is ready to begin an internal investigation into the use of steroids by officers.

It’s a move that comes after news Thursday – broken by WGAC’s Austin Rhodes – that the Georgia Bureau of Investigation has turned over its Roid-Gate files to District Attorney Ashley Wright for her review and possible prosecution.

“We will start our internal investigation,” the sheriff told The Jail Report on Thursday night by text.

The sheriff said the move from the GBI to the D.A’s office was an expected part of the normal process after he asked the GBI to investigate last fall. His request came after drug suspect Brandon Paquette was arrested for possessing and selling illegal steroids and then hinted he had information about deputies using.

Sheriff Roundtree said Paquette gave up names eventually, and a polygraph test confirmed he appeared to be telling the truth.

At the time, the sheriff said he didn’t plan to undergo an internal investigation until after the GBI was done. Otherwise, he would have been interfering with their probe. That time has passed.

Q: Why won’t Sheriff Richard Roundtree agree to test those on the list of alleged steroid users?

A: Sheriff Roundtree says there are a few reasons. If he did it, he would have to go through the county’s human resources department since the sheriff’s office has “opted in” to their program. Some sheriff’s offices in the state are independent and can conduct drug testing on their own. Richmond County is not independent.

Also, Sheriff Roundtree said he would be interfering with the GBI’s independent investigation if he started pulling in officers named on the informant’s list and began testing them or talking to them.

“If I start testing, it becomes an internal investigation,” he said.

Sheriff Roundtree said he is going to let the investigation play out and not treat any officers on the list as criminals until there is substantiated evidence to show it.

A: “If the county changed their policy to it, I would support it 100 percent,” he said.

Q: Did accused steroid dealer Brandon Paquette make any allegations other than steroid use by deputies?

A: Yes. Sheriff Roundtree said the public might be surprised by other allegations the informant made.

“The complaints were not just illegal use of steroids. He made some other allegations,” the sheriff said, declining to be specific. “You don’t realize the magnitude of the allegations that he made.”

The sheriff said those allegations are also part of the GBI investigation.

Q: I heard that the list of officers past and present contains 39 names. Is that true?

A: No, according to the sheriff.

“It is no where near 39,” he said, declining to give the actual number.

The sheriff’s office has only said “Paquette implicated multiple members of the Richmond County Sheriff’s Office, past and present, in the use of illegal steroids that dated back to 2004.”

Sheriff Roundtree also said he would give the same answer on cocaine or meth.