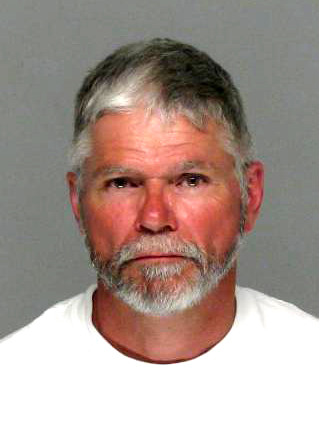 A street preacher from Tennessee was arrested Wednesday outside Augusta National Golf Club, accused of trespassing on club property after being told to leave.

Larry Craft, a controversial street preacher who travels the country with his family, was arrested for trespassing and obstruction of a law enforcement officer.

Deputies ordered the 52-year-old preacher not to enter Augusta National “due to his aggressive behavior towards patrons” and comments on “how the patrons were dressed,” according to RSCO Sgt. Michael Shane McDaniel Jr.

But three hours later, Craft allegedly entered the golf property on Berckmans Road and told deputies he was “not going to leave,” Sgt. McDaniel said. He then resisted arrest.

The preacher’s daughter, Abigail Craft, told The Jail Report that her father was not aggressive and was standing on public property. They have it on video, she says. Abigail also doesn’t recall any comments about how people were dressed.

“He believes you should keep your body covered. If a woman walks by and she is loosely dressed, he doesn’t believe in that. But he isn’t going to say that to someone … unless they make a lewd remark to him,” Abigail Craft said.

She said their family has traveled around the country as Bible-believing Christians to spread the word of Jesus.

The family has been to the Super Bowl, Mardi Gras and “any place there is people.” She also said Craft has been arrested before, the most recent at the Juneteenth Festival in Buffalo, N.Y. (In September 2012, he was arrested during a gay pride event in New Orleans after he allegedly punched an officer who was trying to confiscate his bullhorn. (Link: http://www.nola.com/crime/index.ssf/2012/09/nine_preachers_arrested_at_sou.html )

Craft, of Lyles, Tenn., was booked into the Richmond County Detention Center on Wednesday afternoon and remained there overnight. His bond was set at $2,600.

Here is a link to Preacher Larry Craft at another event:
http://www.youtube.com/watch?v=_vh5a8k4Gco