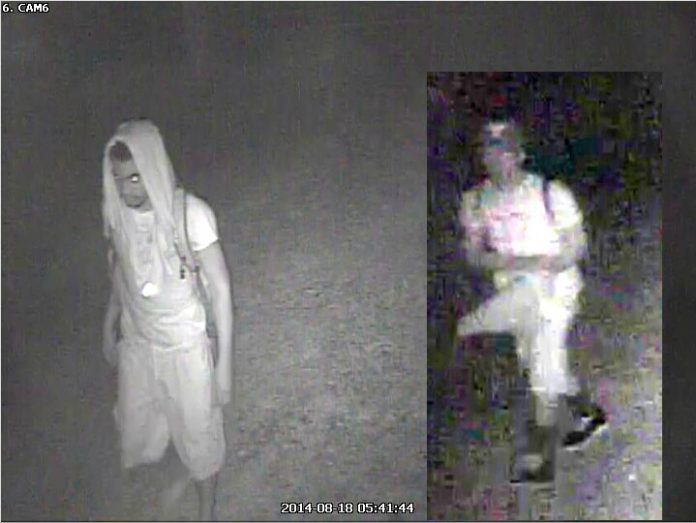 Two people are wanted after crashing a stolen Ford truck Wednesday morning into a home in the Hunter’s Gate neighborhood of North Augusta.

At 3:38 am, the stolen vehicle was seen leaving a residence on Silver Fox Way when a sheriff’s sergeant signaled the vehicle to stop with lights and siren. The suspects refused to stop the truck.

The truck left the roadway shortly after being signaled and struck a parked vehicle and home in the 5200 block of Silver Fox Way, sheriff’s Capt. Eric Abdullah said in a press release.

“One Black male and White male ran from the scene towards the back of the home they just stuck,” the captain said.

Bloodhounds and investigators joined the search without success.

The pickup truck was reported stolen on Monday from the 400 block of Cherokee Drive.

The photos shown here are of the two men suspected of stealing the truck and fleeing police after the wreck.