Your First Look at Charles Walker After Prison 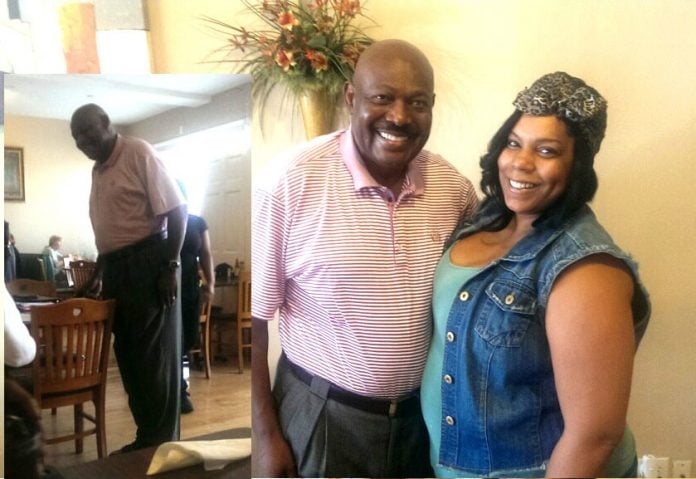 Charles Walker was spotted today at Cafe 209 on Broad Street in Augusta, where he was kind enough to pose for a picture with Jail Report fan Gina Telfair.

Telfair passed on the images to us. We believe it’s the public’s first public glimpse of the former state senator from Georgia.

Walker was released Sept. 26 from the custody of the federal prison system.

The Democrat from Augusta was once a powerful member of the General Assembly. He was convicted in 2005 and sentenced to 10 years in prison for fraud, conspiracy, lying about the circulation of his newspaper, pocketing charity funds and other crimes.

Walker had been living in an Atlanta halfway house and he now remains under probation.