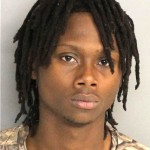 Three Augusta teenagers have been arrested for murder in Thursday night’s drive-by shooting of a 16-year-old boy that authorities say may be gang-related. 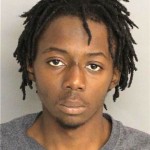 Their arrest on the 600 block of Hutchinson Drive in Aiken with the help of the ATF and the Aiken County Sheriff’s Office. They are being held in the Aiken County Jail pending extradition to Richmond County.

Devonte K. Gavin, 17, of the 3400 block of Jonathan Circle (above right), surrendered to the sheriff’s office Friday morning. He is being held in the Richmond County Jail.

All three Augusta suspects are facing charges of:

Griffin (pictured below) was shot just after 11 p.m. Thursday at 1603 Jonathan Court, according to a press release from the Richmond County Sheriff’s Office. 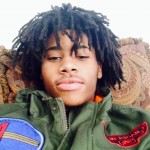 Griffin was shot in the right hip and rushed to Augusta University Medical Center, where he died during surgery Friday morning.

“It appears this is possibly a gang related incident.  RCSO Deputies and CID are currently following up leads at this time,” sheriff’s Sgt. Glen Rahn said in a press release. 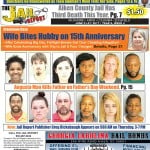