An Aiken man has been charged with several sex crimes against two girls, ages 13 and 11, authorities said.

Tyler Hogan, 24, of Morris Hill Road, Aiken, was charged Friday with 10 counts of criminal sexual conduct with a minor and four counts of sexual exploitation of a minor. Both cases involve Hogan communicating with the victims through text and social media, a press release says.

A family friend notified the older girl’s grandfather that Hogan was having a sexual relationship with the young teen, according to a sheriff’s report. The family friend saw several Snapchat messages between the suspect and girl detailing one of the sexual encounters form September. A sheriff’s report says the girl “met Tyler while at a friend’s house.

For the younger girl, her mother told authorities in December that she discovered Hogan had been messaging her daughter over Facebook, but the 11-year-old girl never sent him the requested photos and nothing physical ever happened.

In a press release, Sheriff Michael Hunt urged parents to safeguard their children from those that would prey on them.

“We are asking parents to be involved with their children’s use of electronic devices and social media accounts. Please contact law enforcement if you believe something is suspicious,” the sheriff stated in the release. 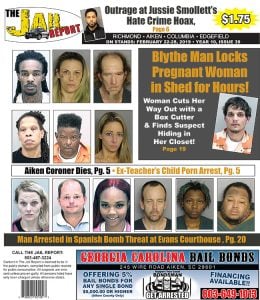