Aiken Man is Fatally Shot After Dispute with Neighbor; No Charges at This Time

An Aiken man was shot to death Monday night after a dispute with a neighbor, but no charges have been filed, authorities said.

Kevin Winburn, 45, of Wire Road, was pronounced dead at his residence, according to Capt. Eric Abdullah.

“Witnesses told deputies that this incident began as a neighbor disturbance which turned physical,” Capt. Abdullah said in a press release. “Investigators responded to the scene and briefly detained an individual involved in the shooting. No charges have been made at this time.” 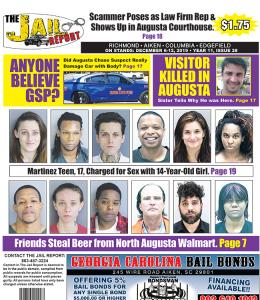