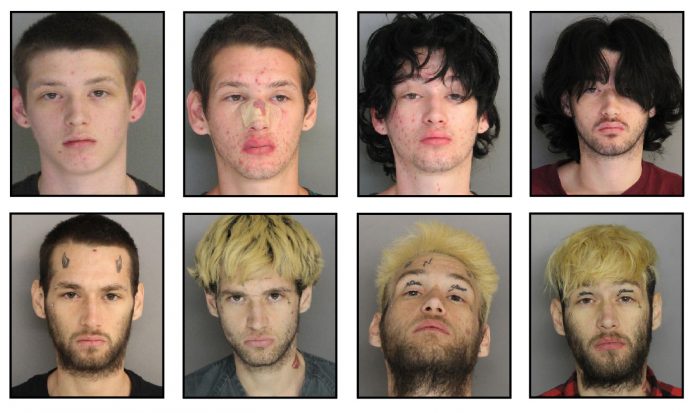 An Aiken man with devil horns tattooed on his forehead was arrested Monday for at least the 20th time since he was a youth, authorities said. 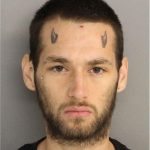 Steele got “devil horns” tattooed on his forehead sometime between 2014 and 2017, according to a progression of his mugshots. He has recently began combing his bleached hair down and covering them up. 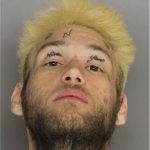 More recently, he has been angling his forehead upward in mugshots to show off his “Never Sleep” tattoos that first appeared a year ago on his left and right eyelids. He also has an inverted cross under his left eye, a mark that is commonly used as a symbol of atheism, humanism, and the occult.

Experts say that several black metal bands use an inverted cross to call attention to their supposed devotion to Satan. Upside-down crosses also appear in horror movies such as The Omen and The Conjuring as a signal of demonic activity. 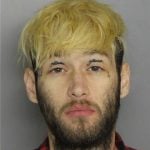 Steele is a repeat offender who has been arrested many times since he was first charged as a teenager in 2007 with disturbing schools, unlawful possession of a prescription drug and possession of drug paraphernalia.

Here’s a look at his past record of charges, listed by date of arrest. 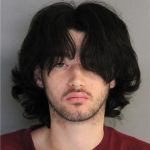 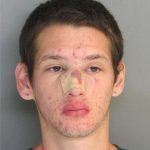 07-08-2013: DRUG PARAPHERNALIA, VIOLATION OF BEGINNER’S PERMIT, DRIVING UNDER THE INFLUENCE 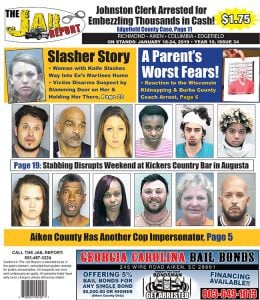