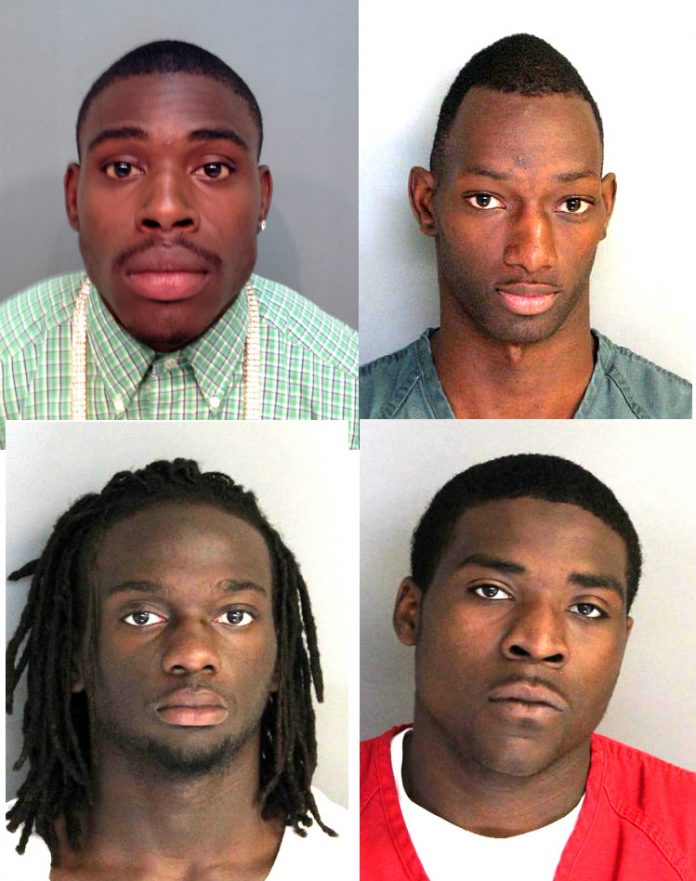 In a quick resolution to Wednesday morning’s home invasion and murder of an Aiken man, police have arrested four Aiken men and charged them in the slaying of 19-year-old Shane Jones in the Crosland Park neighborhood.

Those arrested include (from left, top row) Leon Jacob Simmons, 17, of Aiken, Reshawn Isaac, 21, of Aiken, (bottom row) Brian Morton, 18, and Markese Dequam East, 19. Each is charged with murder, armed robbery and burglary.

The shooting occurred around midnight Wednesday at the victim’s home on Aldrich Street in Aiken, where Jones was shot multiple times by men who burst into the home and began shooting. A woman was also shot in the leg and drove herself to the hospital with non life threatening injuries, authorities said.

“This was not a random crime. This house was targeted,” ADPS Capt. David Turno said.