An Aiken teen is accused of raping a 13-year-old girl after giving her marijuana that was laced with meth, according to sheriff’s officials.

Jorge Espinoza, 17, was charged Monday with criminal sexual conduct with a minor. He is being charged as an adult, authorities said.

The case came to the sheriff’s office from the Department of Social Services. A caseworker received information in May that Espinoza was 16 when he provided the 13-year-old girl with marijuana laced with meth and then raped her. The incident allegedly took place in January in Ridge Spring.

For more crime news, pick up the latest edition of The Jail Report sold in local gas stations. 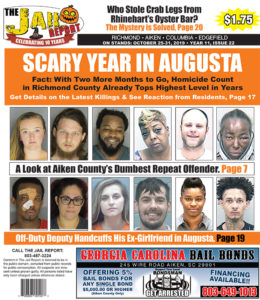