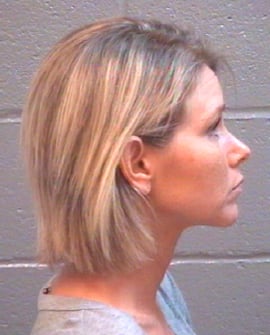 A statement has been issued by the attorney of Rachel Lehnardt, the Evans mother who has become the center of a sordid and controversial news story and criminal case.

“Mrs. Lehnardt acknowledges that due to recent alcohol abuse she engaged in several acts of inappropriate conduct. Although, many of the allegations are exaggerated, she is extremely remorseful for what she allowed to occur in her presence and is obtaining professional and pastoral counseling to ensure that this conduct is never repeated. Mrs. Lehnardt intends to fully cooperate with the legal system to accept complete responsibility for her conduct and to fully atone for her actions. However, at not time did Mrs. Lehnardt sponsor or facilitate a party for underage minors.

“Mrs. Lehnardt has recommitted herself to her faith and her family. She is hopeful that her children, members of her faith and others will learn from her poor example as to just how easy it is for people to exercise such extremely poor judgment while intoxicated.”

Additionally, the following is the relevant background information.

Mrs. Lehnardt has been a life long Mormon and is from Missouri. Her father is a doctor and she has been a devoted member of the Mormon church for most of her life to include being a Sunday school teacher. Until recently, she had never drank, did drugs, drank caffeinated beverages and strictly adhered to the major tenants of the Mormon faith.

She and her husband have five children together and have been married since 2000.

Her husband, James Lehnardt, was a military service member who was discharged for severe PTSD and anger issues after a deployment to Iraq. He is currently receiving 100% VA disability.

Due to his anger and domestic violence issues, the parties separated in November 2014 with the mom keeping custody of the kids. She had not worked during the marriage and found herself with limited resources working at a job just above minimum wage. It was around this time that Mrs. Lehnardt began to break away from the church and started drinking on the weekends when she did not have the kids. Like many people after a long term, devoted marriage, Mrs. Lehnardt was unsteady and turned to alcohol more than was reasonable. It should also be stated that because Mr. Lehnardt’s military service the parties stayed in the Augusta / Fort Gordon area after his discharge which prevented her from having any extended family support.

Over the next few months through March 2015, she had stopped going to church and would drink to the point of intoxication on the weekends when her kids were with their dad. However, she did not drink much when the kids were with her and never became drunk in their presence.

On the weekend in question, the kids were with their dad and the 16 year old daughter came over with her friends. Mrs. Lehnardt was already intoxicated when they came over and there was obviously little parental control. Mrs. Lehnardt will not deny that the two of the older boys did smoke their own marijuana that they brought and did drink in her presence but much of the other allegations from the police report are clear exaggerations. She states that she passed out drunk in her bed before midnight leaving the kids unsupervised. Several hours later she woke up while being raped by her daughter’s 16 year old (former) boyfriend. She forced him off of her prior to him finishing the act.

The next day, realizing that she had allowed herself to get raped by a 16 year old because of her intoxication and extremely poor judgment the night before, she sought information on local AA programs to attend. A few days later her husband’s parents were awarded temporary custody of all five children after they found out from the 16 year old daughter what had happened.

When she started the AA program she was approached by a member named “Heidi” who asked to be her sponsor. In confidence and at Heidi’s request, she told her about the divorce, her husband’s change from the war, how she had started drinking a few months prior, the events of that night in question and how horrible she felt about everything that had transpired that night.

It was unfortunate that Heidi went straight to the Sheriff’s department with the info. The children had already been removed from Mrs. Lehnardt’s custody and she had expressed not only her remorse for what happened but also her complete commitment to never drink again.

Currently, Mrs. Lehnardt is obtaining counseling through a private provider, has rejoined her old church, is receiving additional pastoral counseling and is attempting to everything possible to atone for her mistakes.”