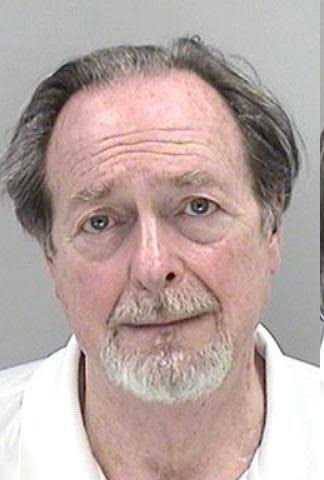 A prominent Augusta attorney is facing hit & run charges after allegedly hitting a vehicle in the parking lot of French Market Grill and then leaving.

Michael C. Garrett, 68, of Augusta, was arrested May 21st for a misdemeanor charge of leaving the scene of an accident. Garrett told The Jail Report he didn’t realize he scratched the other car and returned the moment he was made aware of the accident.

According to a sheriff’s report, Garrett backed into a 1998 Toyota Corolla while leaving the restaurant at 1:45 p.m. May 21 in his black 2014 Cadillac XTS. The Cadillac’s rear bumper struck the Toyota’s front fender and then Garrett kept driving.

A witness said she heard the Toyota’s driver “laying on the horn” as the Cadillac backed toward her car. After the impact, the witness said the other driver tried to flag him down.

An employee of French Market Grill provided a deputy with Garrett’s name and phone number, saying he was a regular customer and she knew the listed vehicle in question was owned and driven by him.  The deputy called Garrett and he returned to the parking lot. He was later arrested.

Garrett says he would never leave the scene of an accident.

“I didn’t know I hit her. A policeman called and said come back. I returned,” he said. “(I) didn’t get a chance to talk to her. But I did get to see the damage. It was just a scratch like mine is. It is still something I am responsible for.”

Garrett said he was disappointed in the deputy’s decision to arrest him. He mentioned that he has some hearing problems, but he said he takes full responsibility for causing the wreck.

“What you do is apologize and you make the injured party good,” he said.

According to the attorney’s website, Garrett’s practice is limited to the practice areas of white-collar criminal defense and criminal defense. His officers are located in the Wells Fargo Bank Building on Broad Street in Augusta. He is a graduate of the University of Georgia School of Law and is former president of the Georgia Association of Criminal Defense Lawyers (GACDL).