An Augusta father has been charged with felony child cruelty in connection with serious injuries to his 5-year-old son that left the child hospitalized.

Xavier Eugene Wade, 37, was charged Friday in connection with injuries that were described as causing “cruel, physical pain” to the child. The injuries included welts on the boy’s forearm and fingers, bruising on his back, a cut to his thigh, three large bruises on the back of his right thigh and more.

The suspect’s ex-wife and mother of the child called the sheriff’s office last Thursday about the abuse. She said her ex-husband’s new wife called her and told her the child had urinated himself three times this week and asked her if she would come pick up the child early from their time with him, a sheriff’s report says.

The child’s mother took the child to Target so that she could try on some new clothes. But once she took the child’s clothes off, she noticed the injuries and called police. The child ended up at Augusta University Medical Center for treatment. 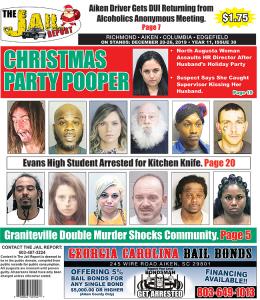