Augusta Man Charged with Stabbing His Grandmother to Death

An Augusta man was charged Monday with stabbing his grandmother to death.

Tory M. Sapp Jr., 20, of Augusta, is accused of killing 75-year-old Rosalynn Sapp at their home at 3275 Hillwood Lane, authorities said. He has been charged with murder and weapon possession.

He allegedly stabbed her once in the chest with a steak knife, but a motive is not clear. The two lived together at the home.

Here is the sheriff’s report: 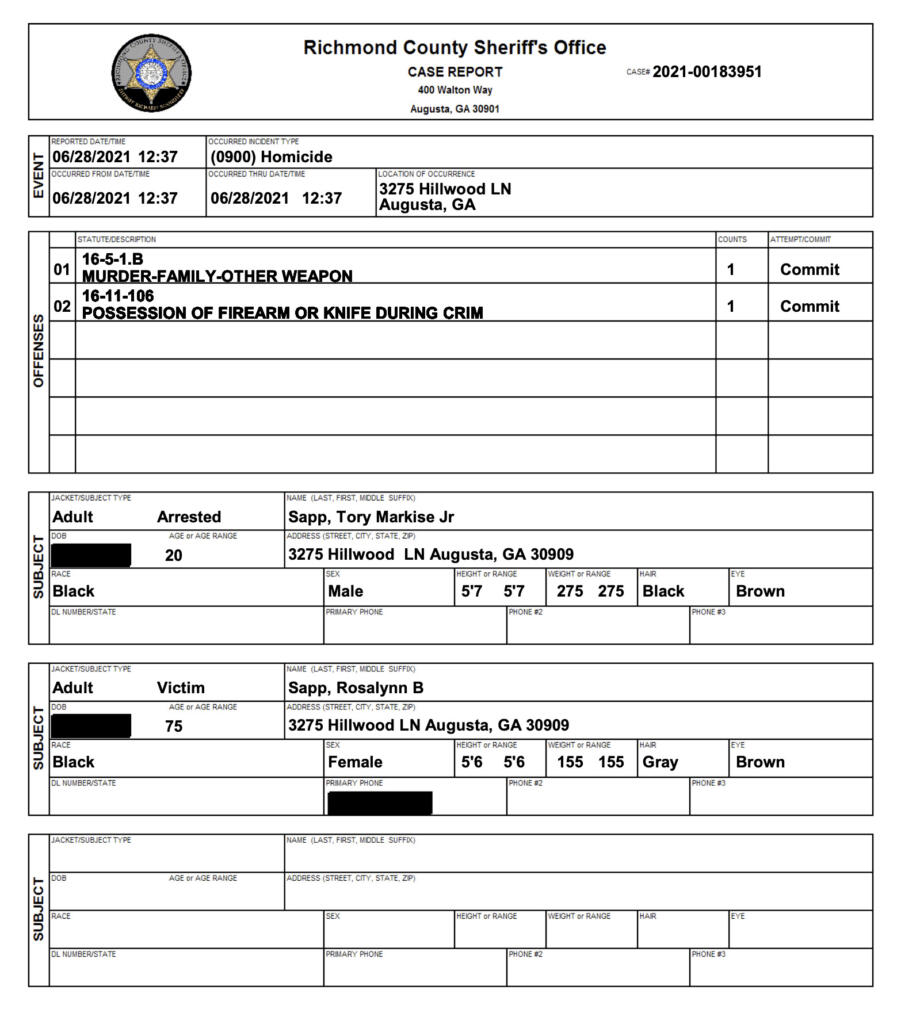 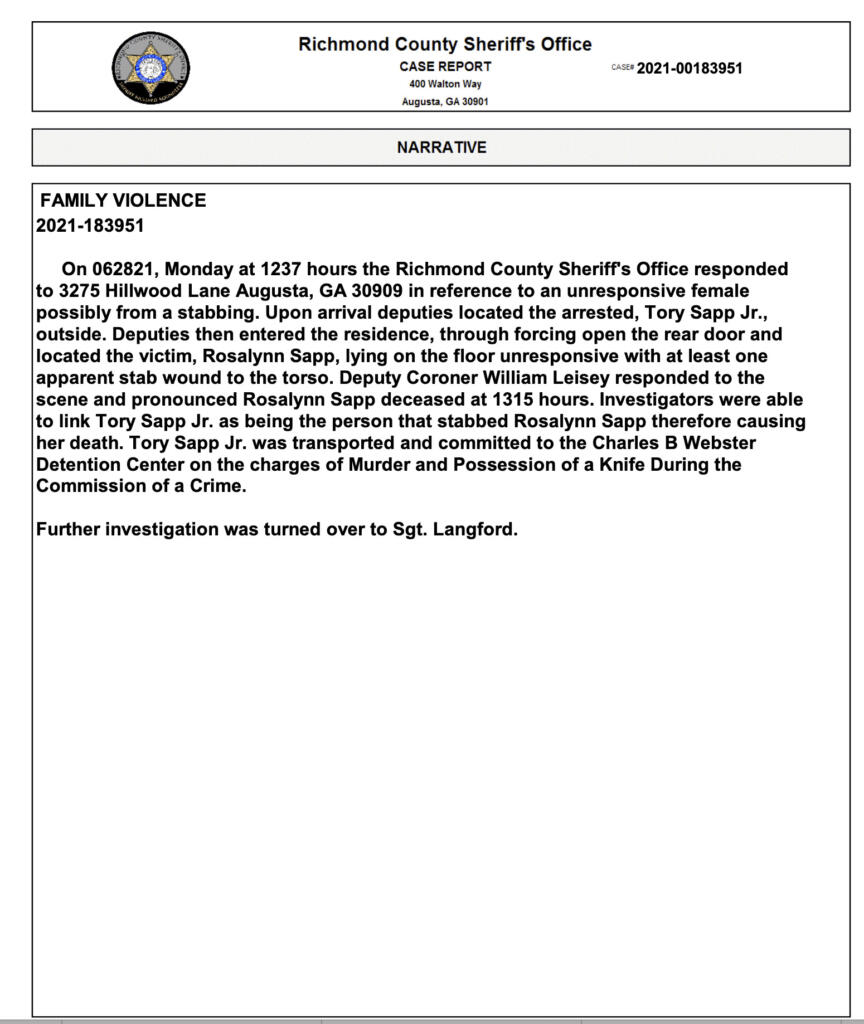